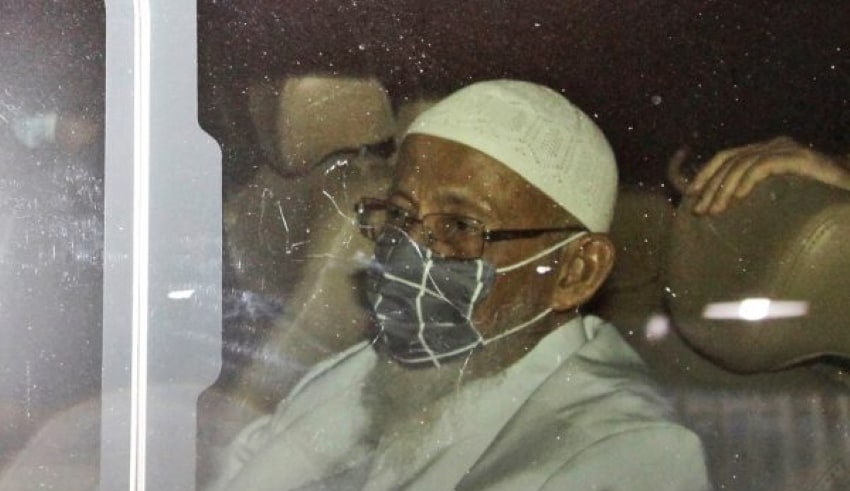 Abu Bakar Bashir, the spiritual leader of the Jemaah Islamiah terror organization in South-East Asia, is expected to be released from jail.
(C) Diplomat_APAC

Indonesia’s top militant prisoner, Abu Bakar Bashir, the spiritual leader of the Jemaah Islamiah terror organization in South-East Asia, is expected to be released from jail on the 8th of January.

Since being detained in 2009, the 82-year-old conservative cleric has been in prison. Mr Imam Suyudi, head of the West Java Law and Human Rights Regional Office, said Bashir would be released from Gunung Sindur prison in Bogor on Friday after completing his 15-year prison term, shortened by 55 months for good conduct.

Mr Imam was quoted as saying that He has served his punishment well and followed all rules and procedures. Last year, Bashir’s lawyer team recommended that the government prioritize him for early release along with other inmates on concerns of a possible epidemic of coronavirus in jails, citing his old age as a reason.

In an attempt to deter the outbreak of the coronavirus in its overcrowded jails, Indonesia released 30,000 inmates last April who had completed two-thirds of their terms. Bashir was the suspected mastermind behind the deadliest militant attack in Indonesia which was the 2002 bombing of 202 civilians on the tourist island of Bali. He was never guilty of this attack.

In December 2018, because of his declining health, the Indonesian cleric was given early release on humanitarian grounds by the government.However, it was conditional that, as expected by all reformed terrorists, he should first swear allegiance to the Republic of Indonesia and the state ideology of Pancasila. The bid was rejected by Bashir.

Separately, Indonesian National Police spokesman Ahmad Ramadhan told reporters that on the day of Bashir’s release, the police would maintain security and order. This is not only achieved in the case of Abu Bakar Bashir. Highlighting that they have a special surveillance unit overseeing people who have committed some crime.

The release of Bashir comes in the wake of the increased activities of Densus 88, Indonesia’s anti-terrorist unit. It detained 23 suspected terrorists at various locations around Sumatra Island in November and December 2020.

They even included Taufik Bulaga, alias Upik Lawanga, and Aris Sumarsono, alias Zulkarnaen, two men behind the Bali bombings and In fact, his role in recruiting and preparing terrorists and collecting funds for those heading to Syria, a Jakarta court sentenced Para Wijayanto, the main Al-Qaeda-linked JI commander, who terrorist experts say is Bashir’s classmate, to seven years in prison.