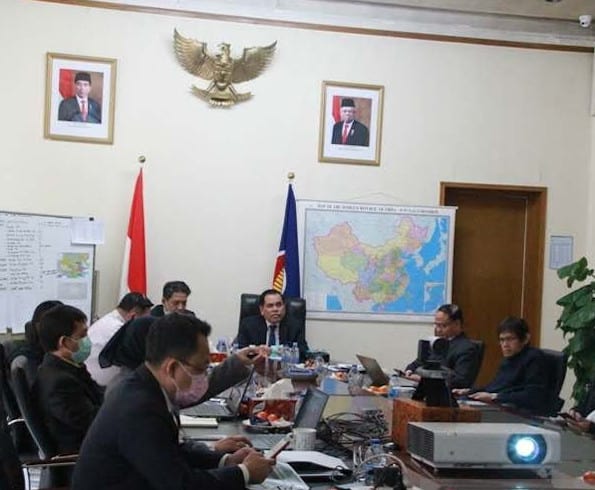 After call by the Indonesian Embassy, majority of Indonesians in mainland China had returned to Indonesia. These people were advised to stay in their hometowns while waiting for the return of normalcy as the number of people confirmed to have recovered from the new coronavirus infection has climbed to 2,651.

“Majority of our citizens have returned home. The Chinese authorities have also extended the school holiday,” Indonesian Ambassador to China Djauhari Oratmangun said as quoted bya ANTARA on Sunday.

Despite the fact that majority of Indonesians had left China, according to Djauhari, there are seven Indonesians still stay in Hubei Province, the epicenter of China’s novel coronavirus outbreak. Although, he claimed that they were all in good health.

As reported previously, the Indonesian Government had evacuated 238 Indonesians and brought them home. Before the departure, they had been thoroughly examined by the Chinese authorities. After that they were airlifted using a chartered aircraft and arrived in Batam city, Riau Islands Province, on Feb 2, then flown to Natuna and quarantined.

Indonesian Health Minister Terawan Agus Putranto said that the Chinese health authorities confirmed that they were all in good health and could be airlifted. But even so, there were seven other Indonesians who did not join the evacuation.

Even though four of the seven were offered the opportunity to join the emergency evacuation, they refused it because they felt more comfortable there. While, Putranto said, three others failed the health examinations by Chinese authorities.

As for Indonesia and many other countries are working with the Chinese authorities in purpose of evacuating their citizens from Wuhan. The evacuation is part of the accountability of the governments of those countries to their respective citizens that live in China.