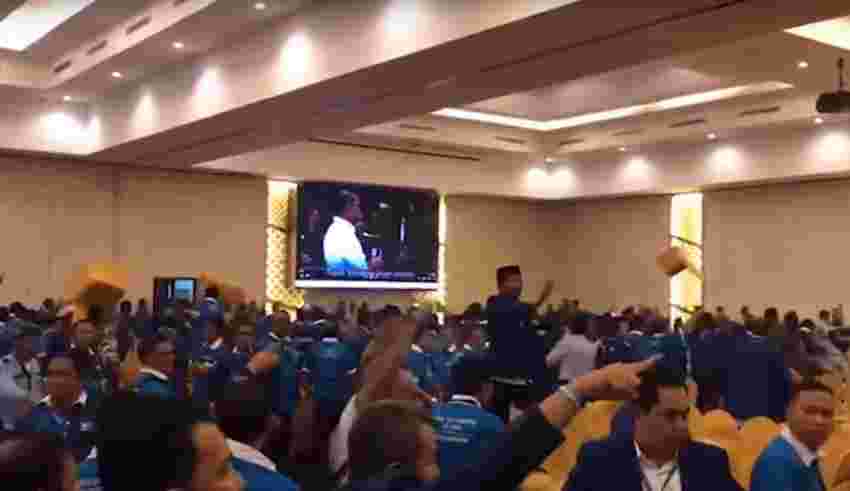 The seat-throwing action took place in the main courtroom at the 5th Congress of the National Mandate Party (PAN) at the Claro Hotel, Kendari, Southeast Sulawesi, Tuesday (11/2). As a result of the incident, at least 30 people were reported got injured due to the chaos.

The seat-throwing between PAN cadres in the main courtroom took not so long time. The police officers that were standby, immediately took action to stop the chaos on taht congress.

“My brothers, Zulhas is here. My brothers, my brothers please back to your seat. Please stop to throw, enough. Take your own seats,” Zulhas said from the stage to PAN cadres who were present in the meeting room.

Meanwhile, according to the Chairperson of the West Sulawesi PAN DPW, Asri Anas, “Many of them are bleeding, there are 30 (people) but we cannot expose their names,” he said at the Claro Hotel, Kendari, Southeast Sulawesi.

Anas explained, most of people were injured due to the impact of the chair thrown in the plenary courtroom. Even Anas said, a number of people suffered head injuries. “Most of injury on the head, because they get hit by a chair and hard objects,” Anas said.

Based on information that received, some of them were DPW PAN cadres in Blitar and Banyuwangi, who were seen holding wounds on their heads.

Currently, injured people have been taken to safer places for medical treatment. The candidates also were secured to a special room to avoid bad things.

Meanwhile, SC Secretary Saleh Partaonan Daulay explained, the Steering Committee (SC) Congress V PAN had forced to delay the plenary session. While the committee returned the list of participants who were allowed to enter the courtroom.

“It is suspended for the membership sterilization, later they will come one by one so all the participants are required to sit down,” he said.

Former PAN Chairman Hatta Rajasa and PAN Honorary Council Chairman Amien Rais were seen leaving the main courtroom when the incident occurred. Even so, Hatta was seen returning to the main meeting room a few moments later, while Amien did not back to the place.

Latest News on Indonesia, All News About Asian Politics