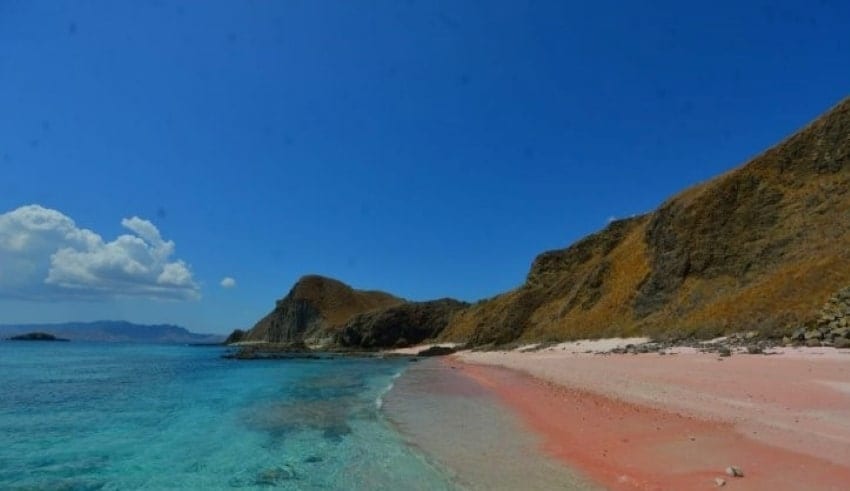 In Labuan Bajo, West Manggarai city, East Nusa Tenggara, amenities and facilities are being built as part of efforts to turn it into a mega premium destination that will attract world leaders in addition to the well-heeled ones.
(C) Antara News

In Labuan Bajo, West Manggarai city, East Nusa Tenggara, amenities and facilities are being built as part of efforts to turn it into a mega premium destination that will attract world leaders in addition to the well-heeled ones.

President Joko Widodo, who visited Labuan Bajo in January and October this year, named it Beyond Bali, along with Borobudur in Central Java, Lake Toba in North Sumatra, and Mandalika in West Nusa, as one of the 10 top priority tourist destinations.

Indonesia is set to take over the G20 presidency and the ASEAN presidency, and the government is planning to prepare Labuan Bajo as the site for the 2023 G20 Summit and ASEAN Summit. Minister of Tourism and Creative Economy Wishnutama Kusubandio urged Labuan Bajo hotels and restaurants to adopt hygiene protocols based on standards of cleanliness, fitness, protection, and environmental sustainability (CHSE).

The Komodo National Park has temporarily shut down the Loh Buaya tourist resort, which is located within the Komodo National Park, with development in progress. The area has tourist facilities, including cottages, a cafeteria, a shelter, and trails, and has become a popular wildlife observation spot.

A mission assigned to the Ministry of Public Works and Public Housing, Head of the Komodo National Park, Lukita Awang Nistyantara, explained on November 15, 2020, was considered appropriate to temporarily close Loh Buaya to allow the process of rearranging the natural tourism facilities and infrastructure on the island.

In addition, to enhance facilities and ensure the safety of visitors, the tourist resort was temporarily closed from 26 October 2020 to 30 June 2021, Nistyantara noted. The Loh Buaya Valley is home to 60 Komodo dragons, based on Komodo National Park results. At least 15 of the 60 Komodo dragons normally roam in the vicinity of the ongoing building work and some are accustomed to human presence.

Previously, the Ministry of Environmental Affairs and Forestry (KLHK) had ensured that the construction of tourism service facilities and amenities in the Komodo National Park would be compatible with conservation values.

Consequently, Only in those zones was the production of natural tourism limited. This is part of the prudent principle applied in the Komodo National Park’s management plan, Wiratno said, adding that the development of supporting facilities in the area has been completed by 30 percent and is expected to be ready by 2021.