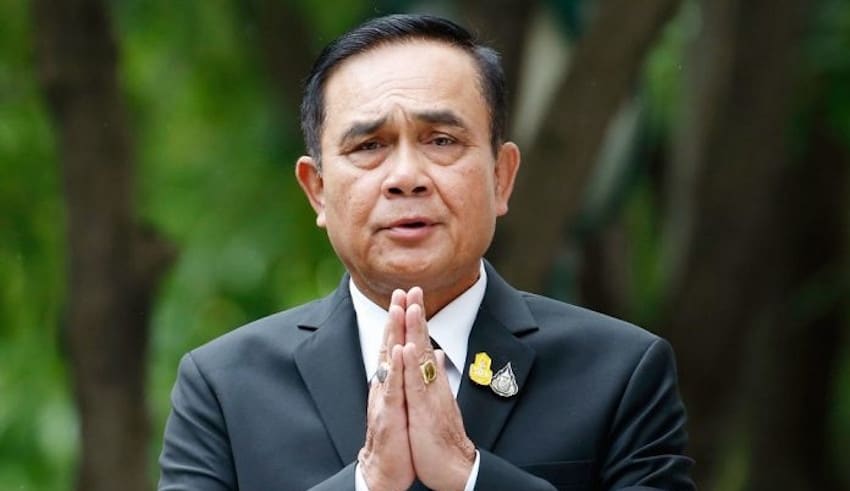 Prime Minister Prayut Chan-ocha said on Thursday he understood why students were rallying following the disbanding of the Future Forward Party, and asked they listen to both sides of the story.

Responding to questions about the gatherings of high school and university students, Gen Prayut said he sympathised with them. They were the new generation and had his moral support. “I am concerned about the gatherings. I understand their demand… but they should listen to many sources of information, so they understand how the nation should progress,” the prime minister said as he  arrived at parliament.

He warned rallying students not to break the law and to think about their future. Demonstrators who had broken the law in the past were later taken to court. “The most important thing is the law… These children are the future of the nation… To judge what is right or wrong, they must be open to information… Listening to only one side will leave Thailand in a trap,” the prime minister said.

The court ruled that FFP wrongfully accepted 191.3 million baht in campaign funds in the form of a loan by party leader Thanathorn Juangroongreangkit. The amount exceeded the 10-million-baht ceiling of financial support allowed from a single sponsor. The limit was aimed at preventing anyone with a financial advantage from wielding influence on or controlling a political party, the court ruled. FFP was 16 months old and won 6.3 million votes at the March 24 general election last year. At the time it was dissolved, FFP had 77 MPs and 61,864 paid-up members.