The Asian Affairs > Blog > Indonesia > Reported to the police over controversial video claiming the Covid-19 cure, Hadi Pranoto sues back with charges of 10 billion US dollars 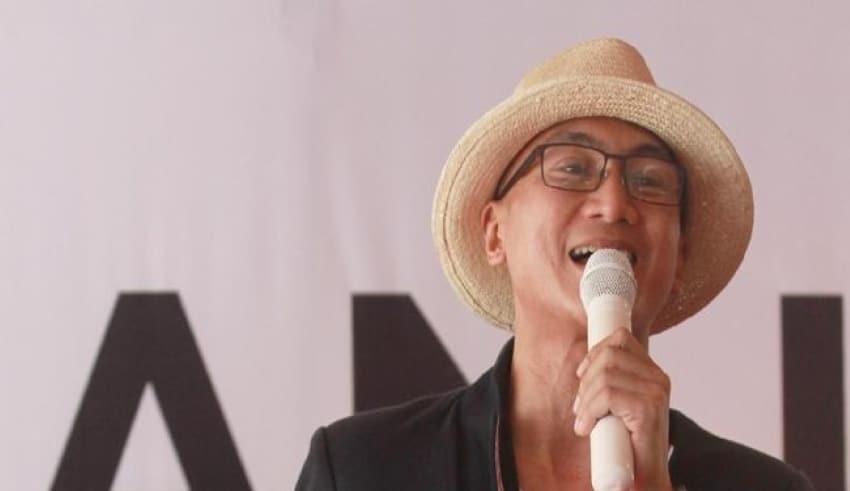 In Anji's YouTube channel called Dunia Manji, Hadi Pranoto, who is referred to as a professor and microbiologist, claims to have found a drug in the form of Covid-19 antibodies which has been the subject of various discussions.
(C) CNN Indonesia

A controversial video interview case between “Profesor” Hadi Pranoto and Indonesian singer Anji about the claim of coronavirus cure is still continuing.

In Anji’s YouTube channel called Dunia Manji, Hadi Pranoto, who is referred to as a professor and microbiologist, claims to have found a drug in the form of Covid-19 antibodies which has been the subject of various discussions.

Hadi Pranoto has already shown ‘Corona medicine’ in Bogor, East Java. He called it an herbal concoction for COVID-19 antibodies. The bottle is small, plain without a brand, and contains herbal concoctions.

Even so, the Ministry of Research and Technology calls the medicine as Bio Nuswa. Its products are indeed circulating in the market, sold in online stores. National Agency of Drug and Food Contro (BPOM) numbers posted on e-commerce refer to Bio Nuswa on the BPOM Product Check site.

Metro Jaya Police Public Relations Head of Police Commissioner Yusri Yunus said, his side had received a report made by the Chairman of ​​Indonesian Cyber Muannas Alaidid against musicians Anji and Hadi Pranoto. Yusri said the police were conducting a deepening related to the report.

Hadi responded to the reporting. “What is the hoax? I don’t understand. He should be able to read and listen to the video well. I did research from 2000, while Covid-19 in 2019. I equate the genetic Covid-19 with my herbs,” he said on Tuesday, July 8.

He stressed what he mentioned was ‘herbal medicine’ not ‘COVID cure’. Hadi claimed he would follow the legal process if the police wanted to examine him. Not only that, but Hadi also plans to report back.

Hadi said that the National Muannas report actually defamed or harmed his good name. Therefore, he has appointed a lawyer to report back the National Military News and he even sued materially and immaterially. Hadi even demanded losses of 10 billion US dollars. Nevertheless, said Hadi, demands of that size were not yet comparable with the results of his research.

But at this time, continued Hadi, had not yet reported Muannas to the authorities, because it was still waiting for the results of the Metro Jaya Police investigator’s assessment.