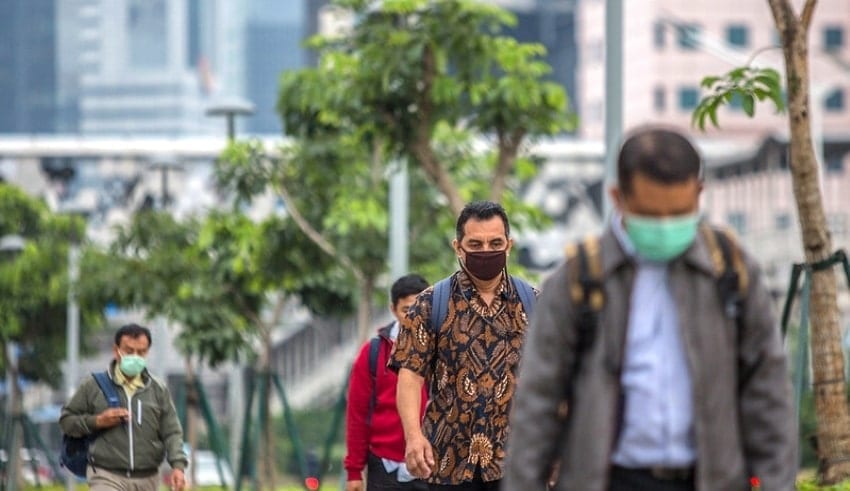 Indonesia experienced its first downturn in more than two decades and millions of people lost their jobs over the past year as the Covid-19 pandemic ravaged the largest economy in Southeast Asia.
(C) Asian Development Bank

In the third quarter, Indonesia experienced its first downturn in more than two decades and millions of people lost their jobs over the past year as the Covid-19 pandemic ravaged the largest economy in Southeast Asia.

As household consumption dropped while spending also fell in the third quarter, official statistics shows, the gross domestic product ( GDP) shrank by a marginally more than anticipated 3.49 percent year-on-year. After a 5.32 percent decline in the second quarter, economists had projected GDP to slip 3 percent. Although Finance Minister Sri Mulyani Indrawati said “the worst is over” the statistics bureau said that some 2.67 million people had lost their jobs due to Covid-19 in the year to August.

In fact, The blow was offset by a 9.8 percent boost in government spending, but analysts called for further stimulus to help lift the economy out of the doldrums. Given the unfathomably sluggish rate of disbursement of fiscal stimulus, the strain is on monetary policy to do more.

Looking back, The first recession in Indonesia since the 1998 Asian financial crisis-typically described as two consecutive quarters of economic contraction-comes as the nation has struggled to control the outbreak of coronavirus. Indonesia’s government imposed a second set of restrictions in the capital Jakarta in September, with the largest case load and Covid-19 death toll in Southeast Asia, as it sought to curb the transmission of the virus in the midst of raising cases.

Household consumption, usually the biggest growth factor of the economy, dropped 4% on an annual basis, while spending fell 6.5%. Exports from Indonesia collapsed 10.8 percent as consumer demand stayed sluggish in the wake of the global pandemic.

For this reason, The government has vowed to increase spending, while Governor Perry Warjiyo of Bank Indonesia (BI) said that after 100 basis points of rate cuts this year and more than US$ 30 billion (S$40.7 billion) of government bond purchases, the central bank has more space to operate.

In fact, The data came after thousands of people in the young nation took to the streets in October calling for the repeal of a divisive job growth legislation that some argue benefits corporate interests at the detriment of the environment and labor.

The crisis is unlikely to cause civil instability due to an rise in social spending for the most affected populations, said David Sumual, an economist with the Central Asian Bank. In the June-September period, GDP increased by 5.05 percent on a quarterly, non-seasonally adjusted basis, but it was also marginally below estimates for a growth of 5.34 percent which is alarming.