The Asian Affairs > Latest News > Indonesia > Viral video of Vice President Ma’ruf Amin’s official car filled gas with jerry cans on the roadside, this is explanation of the Palace 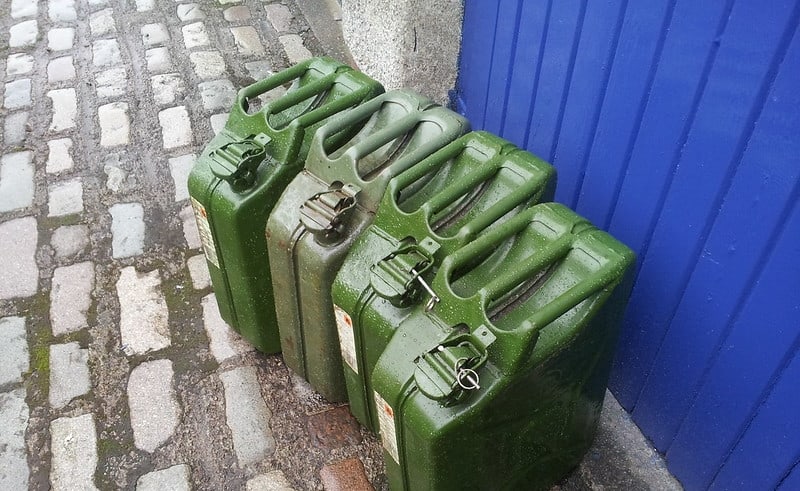 There was a video of Vice President Ma'ruf Amin's official car where the staff filling up with retail gasoline using jerry cans on the roadside. This video went viral on Facebook social media and group messages on WhatsApp.
(C)Flickr, Shug5

There was a video of Vice President Ma’ruf Amin’s official car where the staff filling up with retail gasoline using jerry cans on the roadside. This video went viral on Facebook social media and group messages on WhatsApp.

In the nine-second video, several people dressed in batik were pouring gasoline with jerry cans which were streamed using a hose. This incident caused congestion of the motorcade behind him.

The rumored car is out of fuel in the middle of the road, the Vice Presidential Palace then gave an explanation.

The Head of the Secretariat of Vice President Mohamad Oemar already knew about the circulation of the video of the Republic Indonesia or RI-2 VVIP car filling gasoline from a jerry can on the roadside. He said the car was not running out of fuel.

Oemar said that the Vice President Ma’ruf Amin’s official car, the Mercedes-Benz S600, was refilling retail fuel because it had not found a gas station.

“The filling of fuel from jerry cans is done because there are no gas stations that have fuel according to VVIP car criteria and not because the car is running out of fuel,” Oemar said in an official statement on Saturday, July 11.

Oemar explained, in each series of VVIPs, backup fuel was always prepared in jerry cans in the technician’s car. When refueling is required and fuel is not available that matches the specifications of the VVIP car at the local gas station, the backup fuel that has been prepared is used.

He stressed the Vice President’s car was not running out of fuel. But only flaws and then added. “So it’s not because the car ran out of fuel,” he said.

Oemar said each head of state had a working visit. Then always prepared jerry cans with fuel. So if the shortage of fuel can be directly addressed.

The Vice President and his entourage drove from Jakarta at 07.30 WIB in the morning and arrived in Sukabumi at around 09.30 WIB. Quoted from Republika, Vice President Ma’ruf Amin was seen in Toyota Alphard, not Mercedes-Benz like in a viral video on social media.

The video itself showing that the gas filling was done on the roadside in front of the Assobariyyah Islamic Boarding School, City of Sukabumi, which at the time the Vice President was conducting a review.