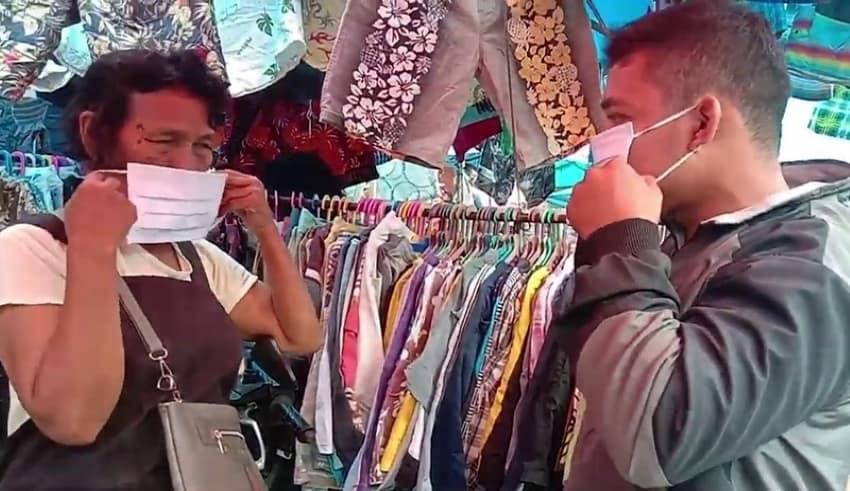 There are 102 cases of alleged misappropriation of social assistance funds for residents affected by the coronavirus pandemic revealed by the Special Task Force for COVID-19 Fund Supervision.
(C)Flickr ,The Lutheran World Federation

There are 102 cases of alleged misappropriation of social assistance funds for residents affected by the coronavirus pandemic revealed by the Special Task Force for COVID-19 Fund Supervision.

The Head of the Police Public Information Bureau Brigadier General Awi Setiyono said all cases were handled at the regional police level.

Based on the results of the investigation, there are several cases of abuse of social assistance. Like, cutting funds by village officials with the aim of the principle of justice for those who do not receive.

Other motives for cutting funds for tired money, reducing the balance of food packages, and also there is no transparency to the public regarding the distribution system and funds received.

One thing that became the president’s spotlight was related to the slow absorption of the social assistance budget.

“Regarding the absorption of stimulus handling Covid-19 is still not optimal and the speed is still lacking,” Jokowi said.

Until 22 July 2020, the Social Protection Budget related to Covid-19 which has been realized is around Rp. 77 trillion or 38% of the total budget, according to President Joko Widodo in a limited cabinet meeting.

So far, among the Social Protection Budget posts, the largest allocations are;

PKH was given to the 10 million poorest families in Indonesia, while the food was distributed to 20 million poor families, including those who received PKH.

Institute for Development of Economics and Finance (INDEF) researchers highlighted the problems that occurred in the realization of the social assistance budget related to the Covid-19 pandemic.

“Our first problem is the data, the data is inaccurate so the accuracy slows down the distribution of social assistance. The second is a multi-layered procedure,” said Esther Sri Astuti, INDEF researcher.

She proposed the government to put together the data of recipients of social assistance, held by several ministries such as the Ministry of Manpower and the Ministry of Social Affairs, and financial institutions such as banks so that their distribution was more effective.

“We will [expand] up to 29 million which includes all people in Java, Sumatra, Sulawesi, Bali, Nusa Tenggara, Maluku, and Papua,” Finance Minister Sri Mulyani said on Saturday, July 25.

The report mostly on social assistance that is not delivered to the recipient. Another problem is the timing of the distribution of aid that is not uniform and the transparency of information.

Indonesia Budget Center (IBC) Executive Director Roy Salam said the distribution of social assistance in Indonesia was not effective. The government is also seen as not clearly mapping the target groups of people receiving social assistance. “The impact of Covid-19 is actually not only the people who are said to be poor, but also other groups,” Roy said as quoted by BBC Indonesia.