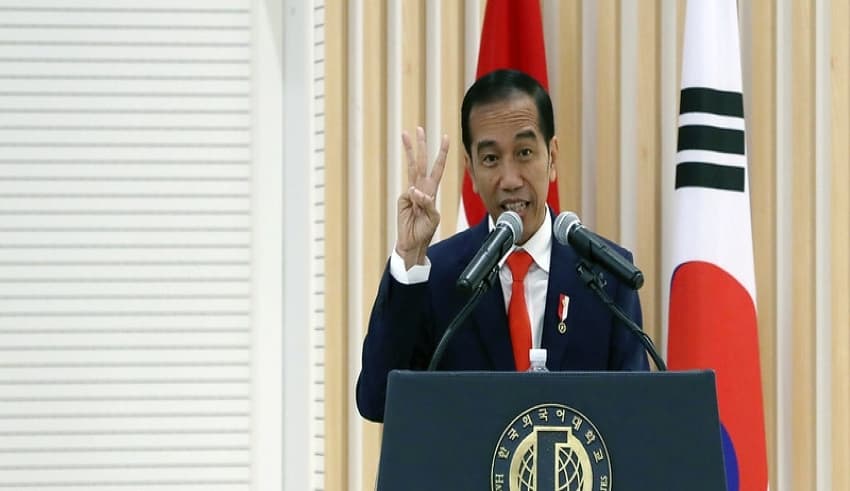 President Joko "Jokowi" Widodo's brother in law, Wahyu Purwanto, has withdrawn from the nomination of the Regent of Gunung Kidul Regency, Yogyakarta.
(C)Flickr ,Republic of Korea

President Joko “Jokowi” Widodo’s brother in law, Wahyu Purwanto, has withdrawn from the nomination of the Regent of Gunung Kidul Regency, Yogyakarta. The Wahyu statement was said in Kapanwon Playen on Sunday, July 26.

According to Wahyu, he indeed often met with Jokowi as a family. However, Jokowi had met with him and was specifically asked to withdraw from the nomination of the Regent of Gunungkidul.

“Last Sunday, according to the direction of Jokowi and Surya Paloh, and of course we all know these two national figures who must be very experienced,” Wahyu said.

“They both directed this one-year political journey directed to the social field, I believe he both have extensive experience, of course, having a discourse that I myself have not been able to reach,” he continued.

Reported earlier, President Jokowi’s brother-in-law, Wahyu Purwanto expressed resignation from the nomination of the regent of Gunungkidul, Yogyakarta, through the Nasdem Party.

According to Johnny, the request was submitted directly by President Jokowi to the General Chairman of the Nasdem Party Surya Paloh.

Despite declaring his resignation from the Gunungkidul regional election, Wahyu claimed he would not leave the volunteers and promised to continue to move in the social field.

Previously there were four Jokowi family members who decided to go ahead for the 2020 elections:

1. Jokowi’s first son, Gibran Rakabuming Raka, who is a candidate for mayor of Solo, Central Java

2. Jokowi’s son-in-law, Bobby Nasution, will be a candidate for mayor of Medan, North Sumatra

4. Jokowi’s brother-in-law, Wahyu Purwanto, is nominating as a regent of the Gunung Kidul Regency, Yogyakarta

With Wahyu’s resignation, it means that only three relatives of Jokowi’s family members are living in the 2020 regional elections.

Related to the nomination of a number of Jokowi’s family members, many parties consider Jokowi to try to build a political dynasty.

Observer Political observer from Al Azhar University Ujang Komarudin assessed that the nomination of the president’s family in the elections will potentially lead to conflicts of interest and abuse of authority.

Because, the President has all the resources to be able to win his son and maybe other family members starting from power, networks, bureaucracy, law, finance, and others.