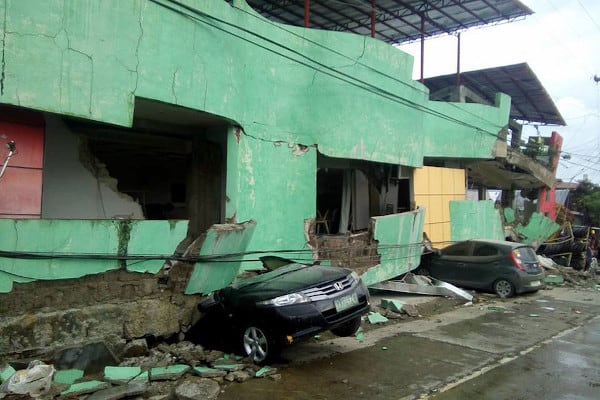 Six schools in Leyte have been damaged because of the 5.5 magnitude earthquake that hit the province on Monday, a TV channel said Tuesday.

The study said a window grill was removed at Pinamopoan National High School while minor cracks were also seen at the ceiling. The school is still waiting for the Municipal Disaster Risk Reduction and Management Office to perform an evaluation to decide whether the building can still be used.

Small cracks had been seen on the ceiling at Libertad National High School.

Meanwhile, due to the earthquake the ceiling collapsed in four classrooms at Biliran Science High School.

Facility supervisor Voltaire Dagalea said they were shocked that the ceiling had been caved in since the building was built just three years ago. Fortunately, there were no classes when it collapsed.

The report said the Department of Public Works and Highways, the Department of Education, and the Provincial Office for Disaster Risk Reduction and Management recommended that the facility not be used for the time being.