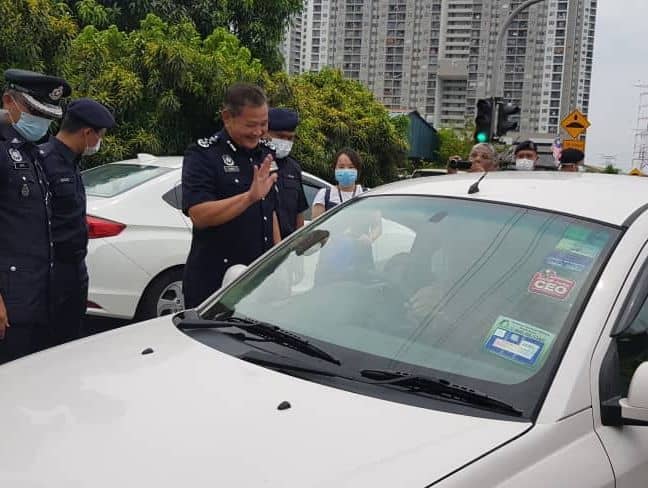 KUALA LUMPUR – Around 8,600 police personnel are currently deployed all over the country to ensure that Malaysians are abiding with the movement control order issued by prime minister Muhyiddin.

Inspector-General of Police Tan Sri Abdul Hamid Bador said the police were assigned to perform checkpoints and ensure that the public will abide to the rules and regulations stipulated in the MCO.

“At this stage, we are advising people to maintain good hygiene, as well as to adhere to the rules and regulations in the control order as we dont want the virus to spread further.

The Inspector General made a surprise visit to police personnel manning a roadblock near Kampung Pandan on Thursday.

Tan Sri Abdul Hamid Bador also confirmed that more police will be deployed from March 18 until March 31 to ensure the proper implementation of the MCO.

“There are a lot of counters for traffic summonses that have been closed, so we will have additional personnel.

IGP has already set up around 500 roadblocks in a effort to filter, check and remind people to follow the rules and regulations during this period. The country’s top cop said that the agency might take drastic action if the situation worsens. He urged the public to the adhere to the message of  Prime Minister on Wednesday night.