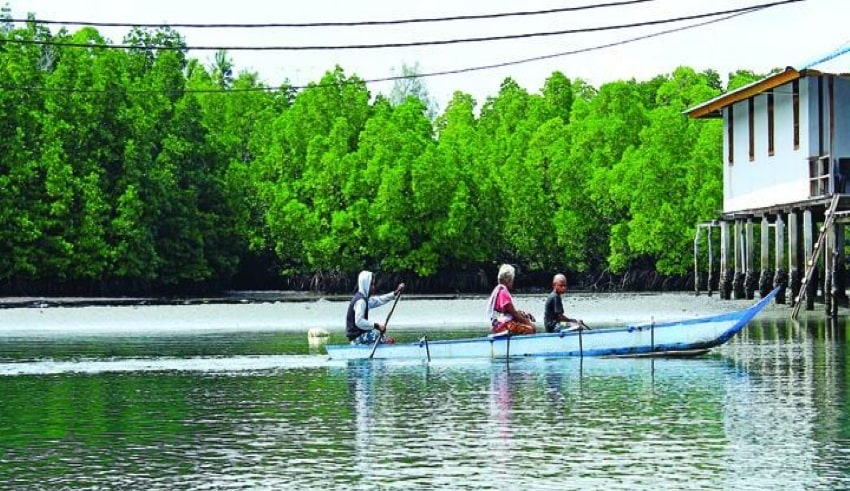 The Ministry of Maritime Affairs and Fisheries has established a mangrove nursery.
(C) Tempo

Progress has set its thing in Pasuruan city, East Java, as part of efforts to avoid coastal abrasion and a labor-intensive initiative, the Ministry of Maritime Affairs and Fisheries has established a mangrove nursery.

The Mangrove Seed Garden was established by the Ministry of Maritime Affairs and Fisheries using the additional budget for the National Economic Recovery Program (PEN) for the 2020 fiscal year through the Directorate General of Marine Space Management.

In Penunggul village, Nguling district, Pasuruan, Haeru Rahayu lauded Mukarim for his hard work in planting and protecting mangroves. He said the Mangrove Center of Excellence Initiative is targeted at growing 100 million seedlings for Indonesia’s mangrove planting programs. He stressed that the KKP is prepared to provide funding for the creation of sustainable mangrove ecotourism in Mukarim and other communities and to keep the beach free of pollution.

Looking back, To help the mangrove restoration initiative, a large-scale nursery will be established and it was planned last year. In support of the mangrove recovery scheme, Pandjaitan has urged local governments throughout the region.

The minister also presented the opportunity for carbon credit that could be optimized into the recovery scheme for mangroves. To this end, appropriate areas will be established by the Ministry of Environment and Forestry to function as pilot carbon trading projects and legislation are also being prepared to govern carbon trading operations.