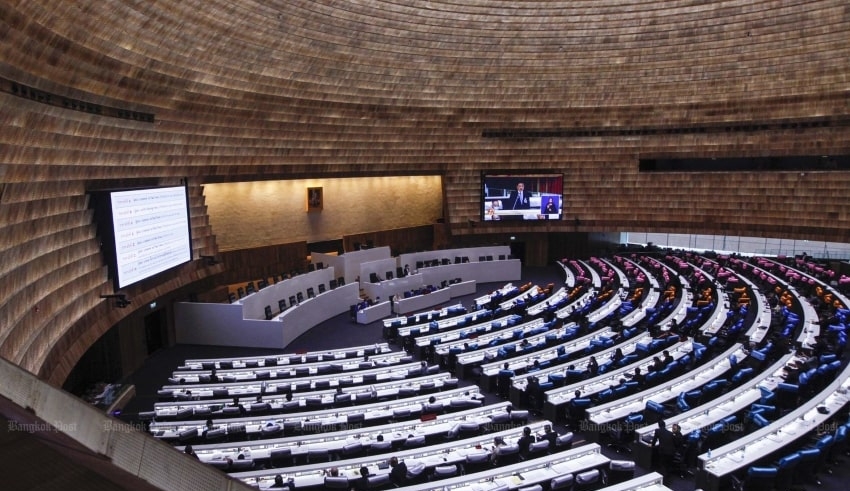 There are some 45 opposition MPs are queuing up to quiz Prime Minister Prayut Chan-o-cha and nine cabinet ministers in the imminent no-confidence debate.
(C) Bangkok Post

Surprisingly, according to Chief Opposition Whip and Pheu Thai MP Sutin Klungsang, there are some 45 opposition MPs are queuing up to quiz Prime Minister Prayut Chan-o-cha and nine cabinet ministers in the imminent no-confidence debate.

It was highlighted that the opposition parties had debated how to share time between them and had so far asked for 45 MPs on the opposition benches to engage in the debate. Of that total, 15 were Thai MPs from Pheu. After , the chief government whip, indicated that the debate should be completed before midnight on the last day, Mr. Sutin called upon the government not to enforce a debate deadline. The government wants the discussion to take place on Feb 16-19, so that a vote can be cast on Jan 20th to be completed within four days.

In view of this, the Pheu Thai MP vowed to request the Constitutional Court’s involvement if the government decided to keep the opposition from questioning its results by putting an early end to the debate on no-confidence. The government refused any additional negotiation time in the last such debate. We may have applied for a decision from the Constitutional Court, but we decided not to. Although if the government wants to do so again, we will apply for a decision to set a precedent.

House Speaker Chuan Leekpai said on Tuesday that he had asked his deputy, Suchart Tancharoen, to hold talks on the date and schedule of the debate with the government and opposition whips. The opposition calls for a discussion of five days, although the government wishes it to be reduced to four days only.

Mr Chuan said the no-confidence motion of the opposition, which includes language relating to the monarchy, would be included in the agenda of the Assembly. He said the discussion on censure would be closely watched after complaints that certain aspects of the motion related to the monarchy’s delicate topic and the opposition had declined to rephrase the motion.

Asked if the discussion could become an exchange of insults between the government and the opposition, Mr. Chuan said protests in the proceedings were natural and it was the duty of him and his deputy to make decisions and keep the chamber in order. Meanwhile, Gen Prayut shrugged off rumors that after the vote, a cabinet reshuffle would take place.