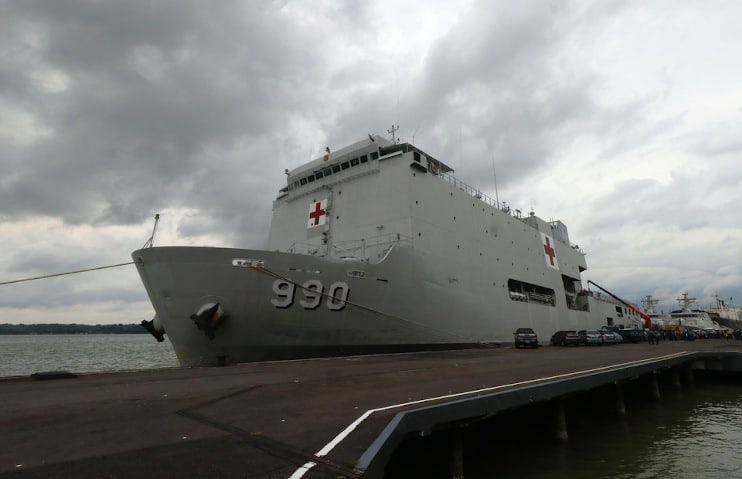 As many 74 Indonesian citizens who have been quarantined due to coronavirus outbreak will be planned to be brought home by the Indonesian government. This was said by a health official said on Friday.

All passengers and crew members of the ship have been quarantined inside Diamond Princess cruise ship off the Japanese city of Yokohama. Since the two-week onboard quarantine was concluded last week, governments around the world began to evacuate their citizens stuck on the ship.

In order to pick up Indonesian crew members from Yokohama, according to Achmad Yurianto, secretary-general of the Health Ministry’s disease control and environmental health directorate, the government will use them with a Navy hospital ship. Then, they will be placed under quarantine for 28 days, which is double the period the WHO has required.

Achmad said there are 78 Indonesian crew members in the cruise ship, four have tested positive for coronavirus. The positive crew members have the treatment at separate hospitals in Japan.

Because of the cruise ship has become the second biggest coronavirus epicenter after China, Achmad admitted this was the very serious problem for the government.

The Indonesian government is still waiting laboratory test results from Japan that have collected clinical specimens of the 74 Indonesians for laboratory tests. If a crew member tests positive for coronavirus, he must stay in Japan for further treatment.

He added, additional test and examination will be conducted once they are aboard the Dr. Soeharso hospital ship.

“Why do we need the double checks? Because they are classified as person under investigation. We will conduct thorough examination on them,” Achmad said.

The examination is needed to separate the evacuees based on their health conditions during the home trip, and they will be split from the others if previously had contacts with infected persons.