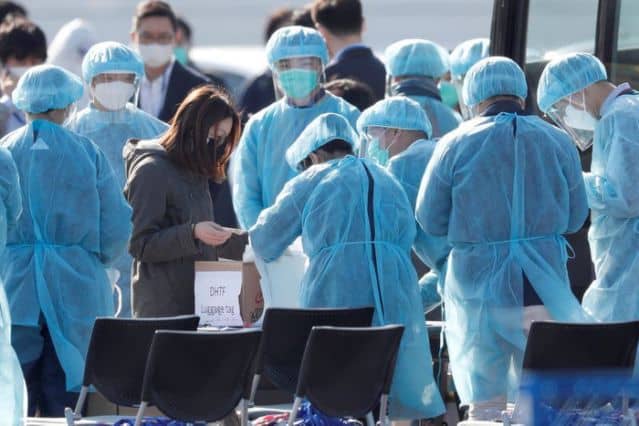 Four new coronavirus infections reported by Japanese authorities on Saturday as the number of cases outside China continued to climb.

One of the new cases, according to a Prefectural Government official, is a woman in her 60s who is a junior high school teacher in Chiba Prefecture, east of Tokyo.

The woman first showed symptoms on Feb. 12 and according to media reports was admitted on Feb. 19. She went to work while she was having symptoms, so as of Feb. 25 the local government would close her school for two days.

The second case was a woman in her thirties, also in the prefecture of Chiba, who was hospitalized but has no symptoms, said the official of the prefectural government.

There is no connection between the two women, and how either of them got the virus is unknown, the official said.

In Japan, 99 people have now been testing positive for the flu-like disease that has infected more than 2,300 people in mainland China.

More than 600 cases were also registered on the cruise ship Diamond Princess, which had been quarantined off Yokohama for more than two weeks. Two elderly passengers also died, bringing from the virus to three total domestic deaths in Japan.