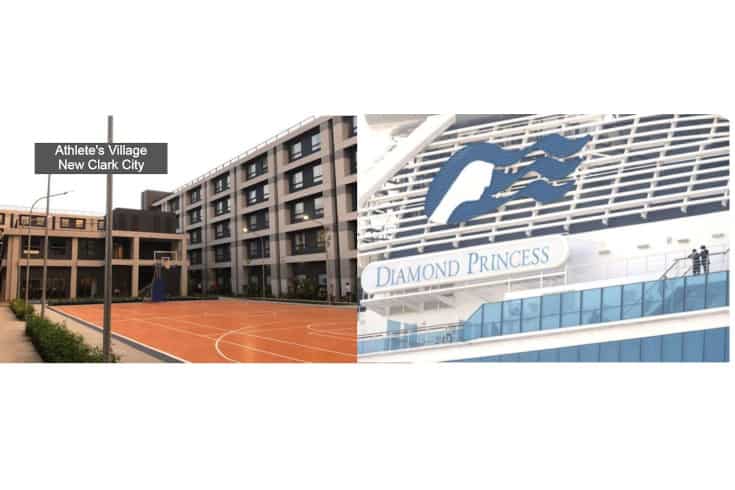 The Health Department on Saturday rejected the idea of distributing repatriated Filipinos to different provinces as this increases the risk of coronavirus disease spreading in 2019 (COVID-19).

Advertising The local government of Capas suggested that repatriates be quarantined in their respective provinces in the Philippines rather than in the New Clark City (NCC) only.

Capas residents on Friday were saddened to hear that the NCC will quarantine the repatriated Filipinos on board the cruise ship Diamond Princess in Japan.

The cruise ship Diamond Princess was put under quarantine on February 3, following a positive test for the virus by an ex passenger.

After the 14-day quarantine period its passengers began disembarking on Wednesday.

Filipinos were expected to be repatriated Sunday on board the cruise ship.

The DOH, however, announced that the repatriation could be rescheduled to early next week as testing for the virus had not yet been completed.