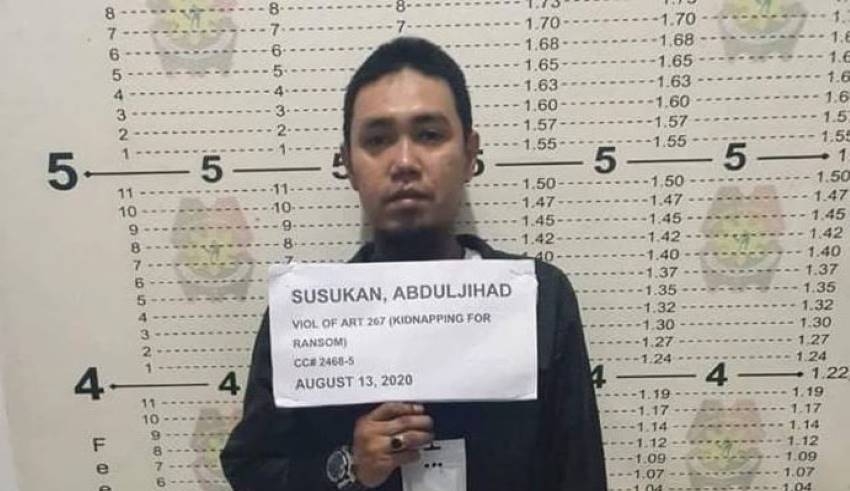 Gamboa, in a statement, thanked Misuari for helping facilitate the negotiation between the Davao Police and Susukan. The handover took place at Misuari’s residences in Davao City.

Police first initiated the negotiation when receiving a tip that Susukan was brought to the city for medical treatment. Gamboa did not disclose the illness of the Abu Sayyaf sub-commander.

PNP also advised current Davao Mayor Sara Duterte who also offered help to allow the turn-over to the authorities. She assured full cooperation and assistance to ensure peaceful transfer of Susukan to the police.

The police chief said that Susukan will underdo medical check up at Camp Quintin Merecido Hospital and from there, he will be transferred to the Armed Forces of the Philippines Headquarters in Metro Manila. According to PNP spokesman Brig. Gen. Bernard Banac, Susukan is currently facing 23 cases of murder, 5 counts of kidnapping and 6 cases for frustrated murder.