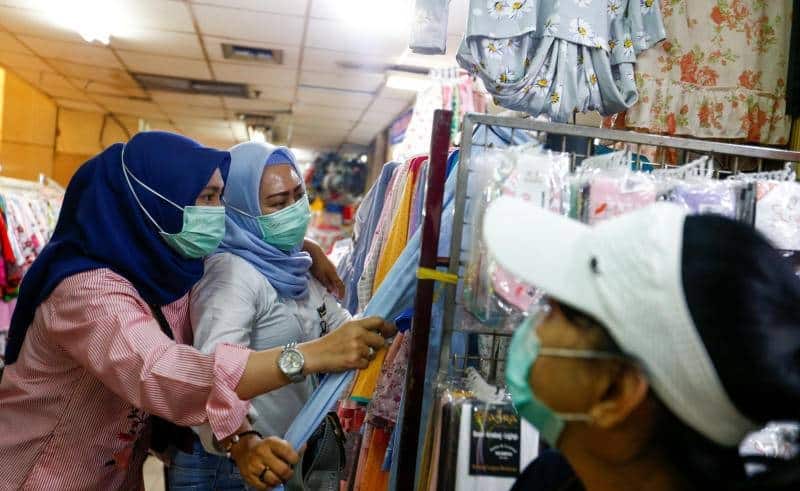 In a press conference in Jakarta, Achmad Yurianto, a spokesman for the government’s handling of coronavirus outbreak said that the new eight patients, two of them are foreigners, included six women and two men aged between 24 and 73.

Yurianto said without elaborating that five of the new patients had been infected in foreign countries and declined to reveal the nationality of two infected foreigners.

Yurianto said the 73-year-old woman, known as Patient 23, was the oldest among other patients. Also the patient had to be treated using a ventilator because she already had comorbid diseases.

Currently, case of tested positive for Covid-19 has reached total 27 patients, with four of them are foreigners. According to the government data, at least eight were infected when they were in foreign countries.

In one case, couple of husband-wife were identified as Patient 7 and Patient 8. This patient, a 59-year-old woman got the virus when she was travelling abroad and infected her 56-year-old husband several days after she arrived home.

Then, two of the 27 patients, namely Patient 6 and Patient 14, have tested negative for Covid-19 in the latest laboratory tests of their specimens. But, Yurianto said they had to do further tests to confirm if they were free of the virus and could be discharged from the quarantine.

Another case, Patient 6 is a crew member of coronavirus-hit Diamond Princess cruise ship. And now, he is now being quarantined at Sebaru island along with 68 colleagues.

Patient 14 is a 50-year-old man who came to the hospital with symptoms that he worried would lead to coronavirus. But the test was negative after being treated for three days.

Self-imposed isolation, Yurianto said, is required. This isolation should be done for another two weeks when both men are allowed to be discharged.

As reported, the first known local transmission cases were linked to the Feb. 14 dance party at a café in South Jakarta. A Japanese national attended to the place, who was later identified as Patient 24 in Malaysia.

As for a woman who hosted the party and then her mother were the first patients to test positive for coronavirus in Indonesia. The Japanese is believed to be the source of the virus. Because at least five people in the first week got infected after the two women were confirmed of having the virus.