The Asian Affairs > Latest News > Indonesia > Anies Baswedan’s Plan to Stop Operational AKAP Cancelled, Central Govt does not give the green light yet 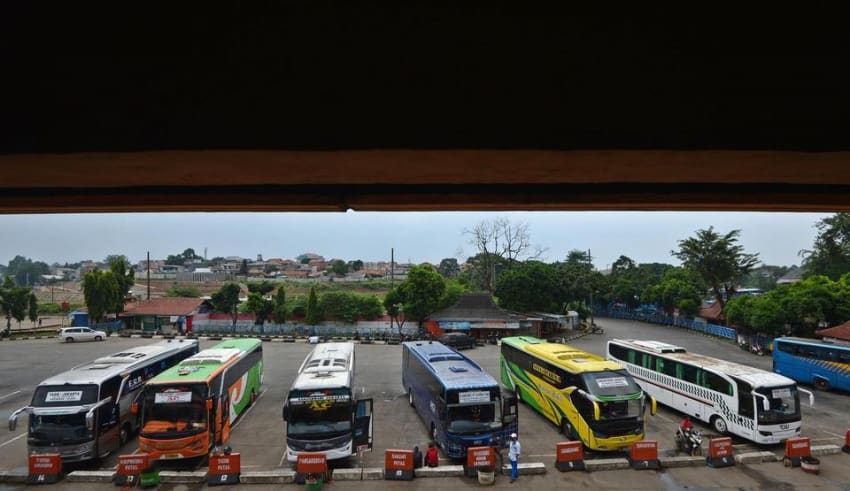 Anies Baswedan's Plan to Stop Operational AKAP Cancelled, Central Govt does not give the green light yet
(C)katadata.co

The DKI Jakarta Provincial Government’s policy to stop inter-city inter-provincial bus (AKAP) operations must be delayed. Because the plan was ‘not’ approved by the center.

DKI Jakarta Provincial Governor Anies Baswedan was reluctant to comment regarding the cancellation of the plan. He said the Transportation Agency (Dishub) knew more about the cancellation details.

“That will be the Head of the Transportation Department who explained in detail. One of the main points, Jakarta is the epicenter and we hope that what is happening now does not spread throughout Indonesia,” Anies said while holding a press conference at the Jakarta City Hall, Monday (30/3).

Anies said that he took the policy in order to prevent the spread of the corona virus. The termination of the AKAP bus operation, according to him, is an effort to quarantine the area.

However, the efforts of the DKI Jakarta provincial government to carry out regional quarantine are not necessarily approved, because ultimately the decision is under the authority of the central government.

“We in DKI Jakarta indeed propose that and have delivered a letter related to that matter,” said Anies.

Previously, the DKI Jakarta Provincial Government planned to impose a halt to the operation of the AKAP bus starting on Monday (3/30) at 18:00. The plan has even been followed up by the Transportation Agency.

Even so, the implementation of the regulation will be postponed, because it is still waiting for a decision from the Jabodetabek Transportation Management Agency (BPTJ).

“Waiting for a letter from BPTJ. If the letter comes out tomorrow, we will execute it tomorrow,” Syafrin said as quoted by Katadata.

As was previously known that with the corona virus pandemic or Covid-19, a ban on going home this year was announced.

Therefore, Syafrin considered that the plan to terminate the operation was not final, because there were no clear rules related to the prohibition on going home.

The community was asked to wait for further policy developments to be taken by the government without having to leave the capital.