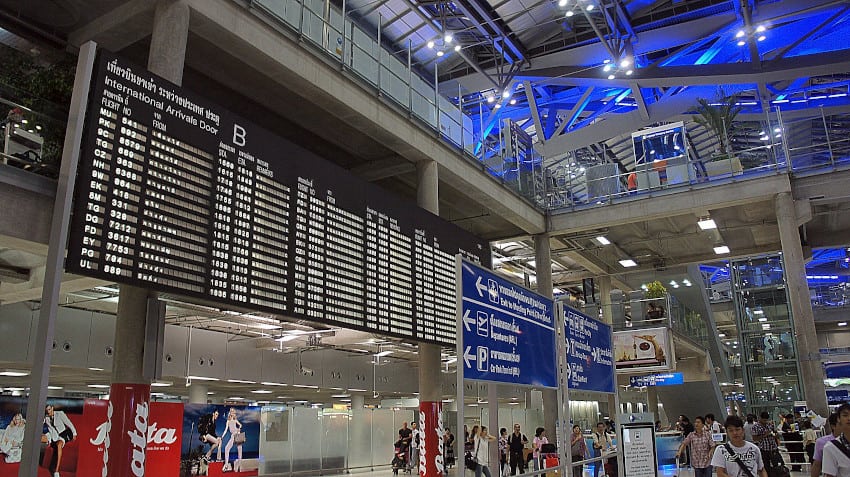 People arriving from China, Iran, Italy, South Korea must disclose their self-quarantine locations, or face a 20,000-baht fine and later one-year jail for repeated failure to comply, according to the Public Health Ministry.

Dr Suthep Petchmark, health inspector-general, announced the new measure at Suvarnabhumi airport on Wednesday. He said arrivals from the four countries must be screened at airports and give the locations of their 14-day self-quarantine. “All of them must fill in forms to describe the locations where they will conduct their self-quarantine, be they houses, hotels or other places, so that they can be contacted and officials can go to monitor them,” Dr Suthep said.

Failure to comply would intially lead to a fine of 20,000 baht, and further infractions would leave them liable to a jail term of one year, he said. The new measure adds to the previous requirement that travellers from the four countries must show health certificates before boarding flights to prove that they are free of the coronavirus disease (Covid-19), Dr Suthep said. Chaiyong Lamprom, a director at Suvarnabhumi airport, said that on Tuesday 2,662 people arrived from China, 418 from South Korea and 155 from Italy. There was no flight from Iran, he said.