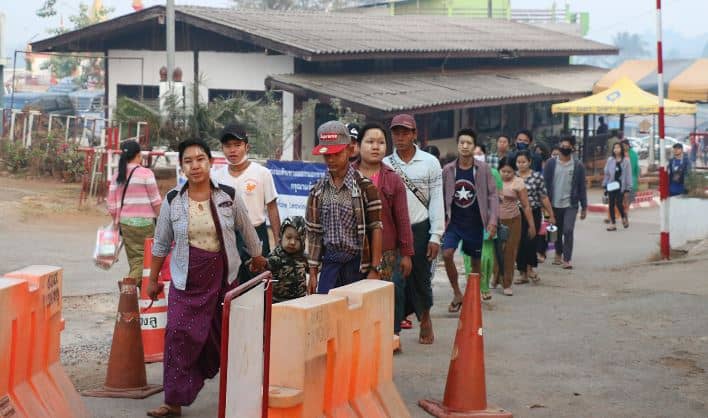 The Interior Ministry has ordered most border provinces to leave only one international checkpoint open as the country tries to block arrivals to contain the coronavirus outbreak that has caused a sharp jump in cases this week.

Interior Minister Anupong Paojinda on Friday ordered governors of border provinces to consider closing all temporary passes and keeping only one main checkpoint in each province open. The exception will be Chiang Rai as it borders on Myanmar and Laos and will be allowed to maintain one checkpoint for each country. Gen Anupong has given the governors full authority to seal off their provinces by shutting all checkpoints if they consider the Covid-19 situation has worsened in their areas. All Thais will be strictly banned from crossing the borders to neighbouring countries, according to the ministry (story continues below).

The country has already imposed a de facto ban on most international flights, by issuing regulations that are deliberately bewildering and almost impossible for a normal traveler to fulfill. They include a requirement for a medical certificate stating that the person is free of Covid-19.