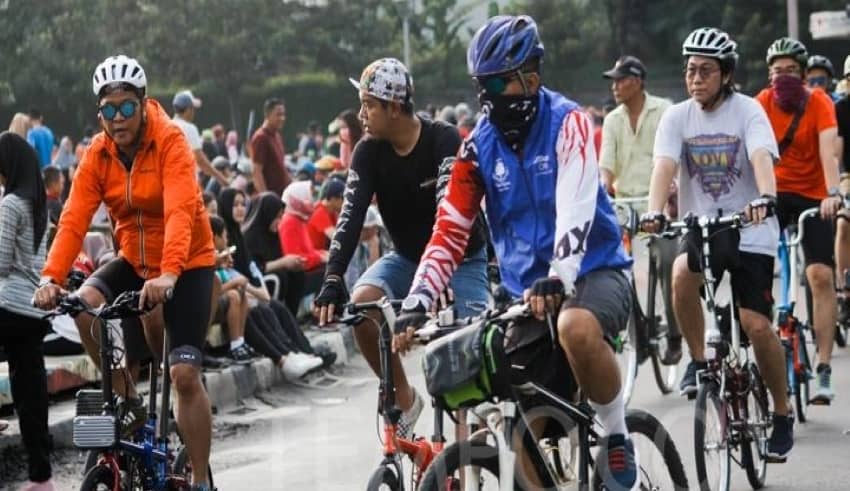 Newly re-opened on Sunday, June 21, 2020, the Car Free Day (CFD) on Jalan Jenderal Sudirman-Jalan MH Thamrin, Central Jakarta, has been temporarily resumed. This decision was taken by the Provincial Government of DKI Jakarta.

CFD again abolished after reaping criticism. The cause of the crowd on CFD June 21, 2020. The activity, which is usually filled by Jakarta residents by exercising and walking began to be abolished as of June 28, 2020.

Even so, the Provincial Government of DKI Jakarta has set up 32 ​​new locations for CFD. The locations replaced Jalan Sudirman-Thamrin, which the CFD spot was temporarily suspended.

“Yes (there are in five regions of Jakarta). There are 32 streets,” Anies said at the Jakarta City Hall, Wednesday, June 24.

“But it is recommended to the public that keeping a distance is important. And if we exercise, then wear a mask. 15 minutes, rest, stop,” said Anies.

Meanwhile, Jakarta Capital City Police Chief of Staff, Arifin, said CFD areas in each city were only intended for sports activities. CFD areas may not have economic activity.

“There is no economic activity, only sports, moving activities for the community,” said Arifin.

Previously, the DKI Jakarta Provincial Government held a CFD on Sunday, June 21 after it was abolished due to the Covid-19 pandemic. However, the CFD event during the transitional large-scale social restrictions (PSBB) reaped the pros and cons because the number of visitors was very crowded.

Anies Baswedan at the Jakarta City Hall, Monday, June 22, 2020, said he would hold an evaluation meeting related to the CFD.

The new CFD spots will be spread out to eight locations in Central Jakarta, eight in West Jakarta, six in North Jakarta, and five locations each in East and South Jakarta.

Jakartans seems to be eager for some outdoor exercise following months of partial lockdown measures in the capital. Earlier this month, thousands flocked to the Bung Karno (GBK) sports complex for jogging, cycling, and other activities when the facility reopened after transitional PSBB.