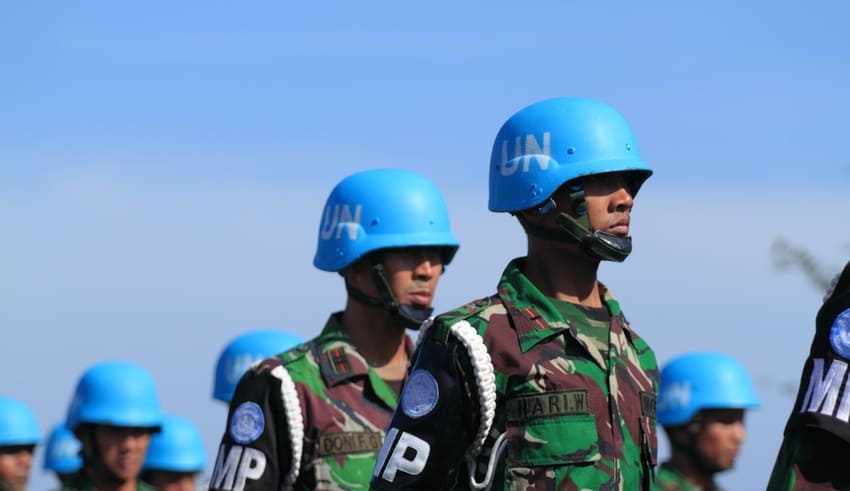 Quoted from Antara, Tuesday (6/23), the death of Sergeant Major (Serma) Rama Wahyudi was confirmed by Foreign Minister Retno Marsudi via a message on her Twitter account.

“Highest appreciation to Serma Rama Wahyudi for his services and sacrifice in maintaining world peace. May God gives fortitude to his family, “said Retno in a press statement on Wednesday, June 24.

The @UN Security Council and DR Congo peacekeeping mission @MONUSCO, have condemned the killing of a blue helmet from #Indonesia, and wounding of another.https://t.co/9ACRhYSkQO@Kemlu_RI

Citing AFP report from UN source, a member of the peacekeeping force from Indonesia was killed and another person was injured in an attack by militia on Monday night (22/6) in the eastern Democratic Republic of Congo.

Their patrol was attacked around 20 kilometers from the city of Beni in North Kivu province, Sy Koumbo.

In a statement, MONUSCO chief Leila Zerrougui condemned the attack, which she said was carried out by “suspected members of the ADF” – the Allied Democratic Forces, a notorious armed group in eastern DRC.

The soldier had been taking part in a project to build a bridge in the Hululu area, she said.

The ADF originated in neighboring Uganda in the 1990s, in opposition to Ugandan President Yoweri Museveni’s long-term opposition, moving its base of operations across the border into the DRC.

In 1995, it moved into the DRC, which became its base of operations, although it has not carried out attacks inside Uganda for years.

He said the incident occurred during the task of resubmitting logistics to the Temporary Operation Base (TOB) for soldiers of the Konga XX-Q / Monusco Army Task Force who carried out the construction of the Halulu Bridge as a supporting facility for the local community.

“On the way back to the COB (Central Operation Base), an ambush occurred by being bombarded with fire at a convoy of personnel transport vehicles escorted by two units of the APC Malawi Battalion combat vehicle in the Makisabo region,” said the Commander of the TNI Task Force.

Serma Rama Wahyudi died as a result of being hit by a shot through the upper chest on the left, while another TNI soldier who was injured is currently being treated at Level III Hospital Goma MONUSCO.

Meanwhile, Army Chief of Staff General Andhika Perkasa on Wednesday said the Army would conduct an evaluation so that the soldiers were better prepared if faced with such an incident.

The United Nations has strongly condemned an attack believed to be carried out by rebel militia on peacekeepers serving with the UN Stabilization MONUSCO, which left one Indonesian ‘blue helmet’ dead, and another injured.

I strongly condemn the killing of a @MONUSCO peacekeeper from Indonesia in a cowardly attack in the Beni region yesterday. This crime must not go unpunished. I reiterate my gratitude to Indonesia for its strong support to the @UN and @UNPeacekeeping. pic.twitter.com/cS6aEG6q5M

The UN Secretary-General António Guterres expressed his deepest condolences to the family of the deceased peacekeeper, as well as the Indonesian Government, and wished a swift recovery to the injured blue helmet.

The Secretary-General recalled that attacks against UN peacekeepers may constitute a war crime, calling on the Congolese authorities to investigate, and “swiftly bring those responsible to justice”.