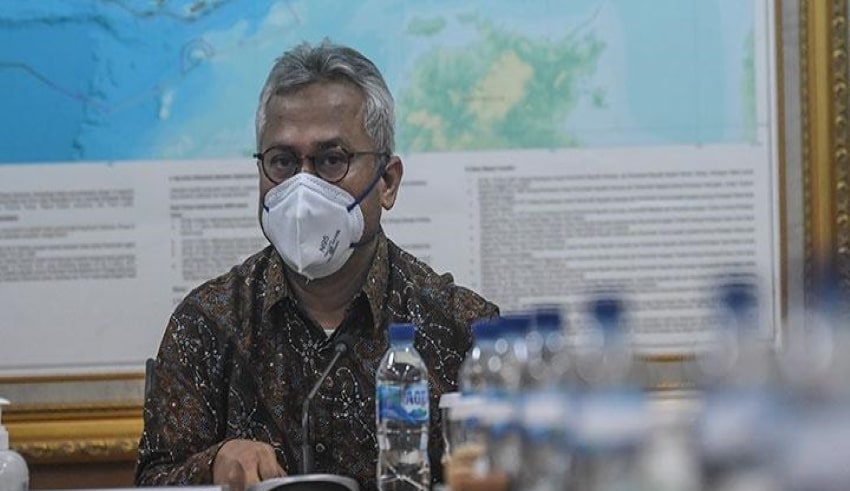 Arief Budiman was confirmed positive for COVID-19 after undergoing a PCR or swab test.
(C) .tempo.co

On Thursday, September 17, Chairman of the General Election Commission (KPU) Arief Budiman was confirmed positive for COVID-19 after undergoing a PCR or swab test.

“On the evening of September 17, we conducted a swab test to be used as a condition for attending a meeting at the Bogor Palace on September 18 with a positive result,” said Arief, Friday, September 18.

Since the early hours of 18 September, Arief has been self-isolating at home.

Even though he was confirmed positive for COVID-19, he did not experience any symptoms, such as cough, runny nose, fever, or shortness of breath.

Apart from Arief, another KPU Commissioner, Evi Novida Ginting Manik, has tested positive for corona and is undergoing independent quarantine.

Even though she is undergoing self-quarantine, she can still carry out her duties virtually.

From September 18 to 22, the KPU implemented a work from home policy for all employees.

Before being tested positive for COVID-19, Arief had visited two regions.

Ilham was chosen to replace Arief because he is a commissioner whose swab test result was negative.

Ilham said the meeting with Jokowi was to discuss the Secretary-General of the KPU because the one who is currently in office has the status of acting commissioner (Plt).

He also dismissed any speculation that the meeting discussed the possibility of issuing a second Government Regulation in place of Law (Perppu) for Regional Elections to postpone or make new regulations to adapt to the corona pandemic.