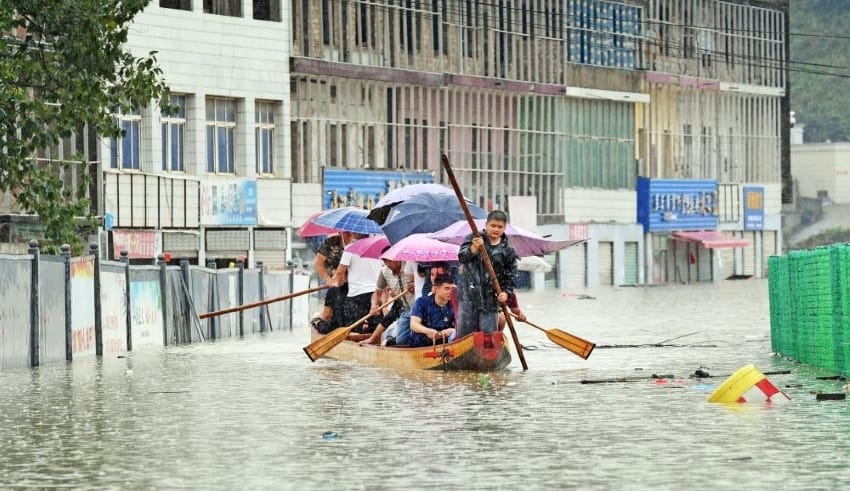 In eastern Anhui province, Chinese authorities blew up part of a dam to alleviate flood pressure, local media announced, as heavy rains continued to swell rivers across parts of the region.

According to the Ministry of Emergency Management, rising waters across central and eastern China have left more than 140 people dead or missing, and floods have affected nearly 24 million since the start of July.

To keep rates stable as major rivers and lakes reach record highs, the authorities have taken steps such as diverting water into backup reservoirs. In Anhui a dam on the Chu River was demolished as water levels inched past historic peaks.

Local authorities said the action was taken to ensure the safety of nearby residents. The water level of the Chu River, a tributary of the Yangtze River, has changed from a gradual increase to a rapid one, influenced by constant downpours and upstream flows.

The dam’s blasting was projected to reduce the Chu River level by some 70 cm, the state-run Global Times reported. Chinese media have said the water released has been channeled into two downstream storage ponds. The official Xinhua news agency announced that a total of 35 rivers and lakes in Anhui saw high water marks exceeding the alert thresholds by Saturday noon-including the Yangtze and Huaihe rivers.

The Three Gorges Dam also opened three floodgates over the weekend after the water level soared above flood level by more than 15 metres. Last week, after the heaviest rainfall in almost six decades, soldiers built sandbag flood barriers in a town near China’s largest freshwater lake.