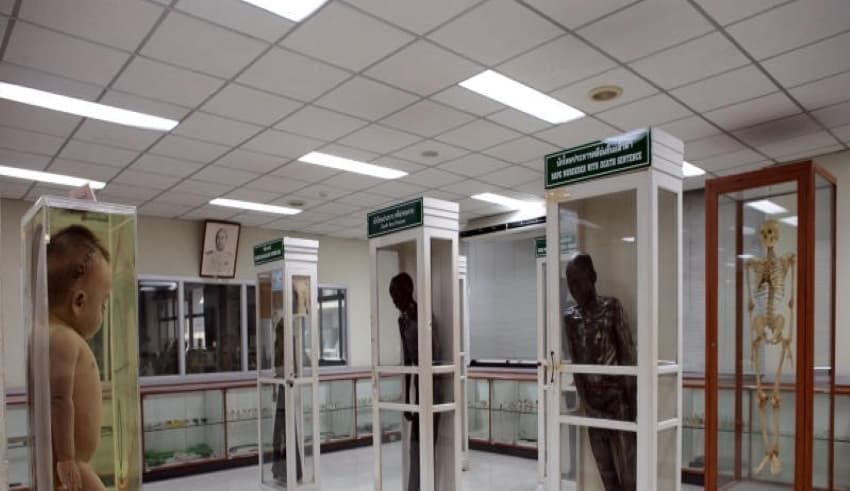 Si Quey, who has been convicted of murdering seven children and suspected of eating them, will ultimately be cremated more than six decades after he died from a firing squad's bullets.
(C) Bangkok Post

Si Quey, who has been convicted of murdering seven children and suspected of eating them, will ultimately be cremated more than six decades after he died from a firing squad’s bullets. The Corrections Department declared the Si Quey cremation ceremony at Wat Bang Praek Tai in Nonthaburi district of Muang on Thursday, at 10am.

Department chief executive Naras Savestanan said the rite would be funded by Bang Kwang Jail. No-one had ever contacted the department with details of the killer’s relationship. Eventually he was declared an apatrid. Si Quey was the most notable serial killer in Thailand.

He was convicted of killing seven babies, and was also accused of extracting and boiling and consuming their internal organs. In 1958 he was arrested at Rayong and admitted to the murders, but denied the allegations of cannibalism.

On Sept 16, 1959, Si Quey was executed by firing squad in Bang Kwang. Only 32 years old. The same month, Siriraj Hospital took the body to do medical research.

His preserved cadaver was on display for medical students and the public to see in the hospital’s Medical Museum. Last year, it was removed from the museum after a complaint from the National Human Rights Commission by residents of Prachuap Khiri Khan district Thap Sakae that his integrity had not been covered as the display called him a cannibal.

The corpses of at least four of the kids he murdered and reportedly cooked and eaten were found in the district of Thap Sakae. The other killings happened in Bangkok, Nakhon Pathom and Rayong, where he was detained. In June last year, Siriraj Hospital replaced the “Si Quey, Cannibal” label with “Death Row Prisoner.” In August, the exhibit was taken off the public view.

In the old days, Si Quey ‘s name was often used by parents as a warning that kids should behave: “If you misbehave, Si Quey will come and catch you.”

Wat Bang Praek Tai, where he is being cremated, is one of two temples where religious ceremonies were held for prisoners executed by the prison firing squad. It sits next to Bang Kwang Prison Zone 11.

The corpses were taken out for cremation through a jail’s back entrance. Si Quey was imprisoned in Bang Kwang Prison and was executed. The department head of corrections said Thap Sakae people, human rights commissars and prison officials will be invited to attend the cremation rite.