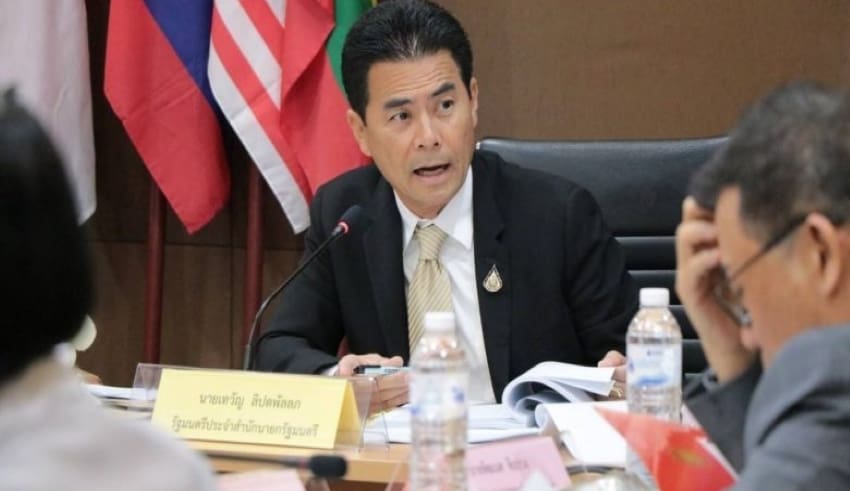 The Chart Pattana Party passed a resolution calling for its leader Tewan Liptapanlop to resign from the position of Minister of the Office of the Prime Minister.
(C) Thailand Today

The Chart Pattana Party passed a resolution calling for its leader Tewan Liptapanlop to resign from the position of Minister of the Office of the Prime Minister, party advisor Suwat Liptapanlop shared it recently.

Mr Suwat, chairman of the advisory committee of the party stated that Mr Tewan would refer his resignation to Distat Hotrakitya, secretary general of the prime minister. Mr Suwat said the decision by the party that Mr Tewan ‘s resignation would help pave the way for Prime Minister Prayut Chan-o-cha to reshuffle the cabinet without concern.

It was a party compromise so the country could move forward, not a sign of confrontation, and wouldn’t impact the stability of the government because Chart Pattana would remain in the coalition.

As a member of the coalition Map Pattana has a one-cabinet quota. Mr Tewan has said that he was not under pressure to resign. He will abide by a resolution from the central committee of the party. He denied any knowledge of rumors that the Palang Pracharath Party’s government spokeswoman Narumon Pinyosinwat was to be his replacement.

Mr Tewan will be resigning fifth minister. He is following Somkid Jatusripital, who was deputy prime minister, Uttama Savanayana, who was minister of finance, Sontirat Sontijirawong, who was minister of energy, and Suvit Maesincee, who held the portfolio of higher education , technology, research and innovation.