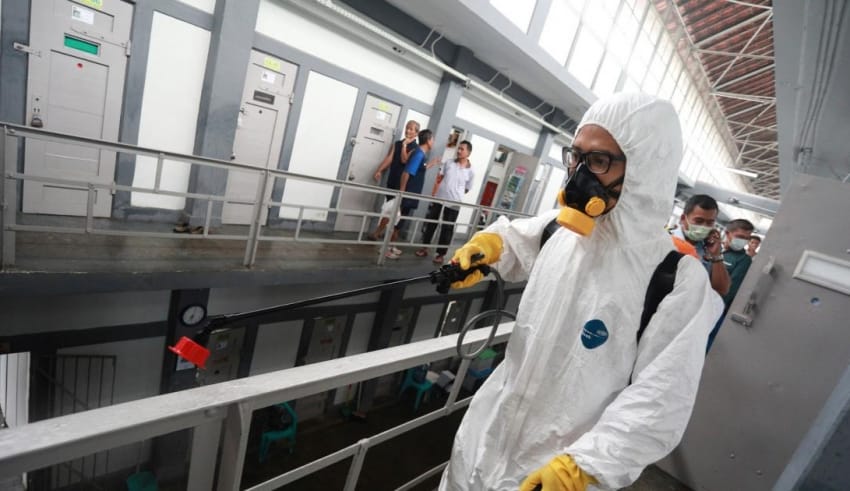 By seeing the increase number of coronavirus (Covid-19) cases, Jakarta provincial government issues the policy to close temporary the places, where public gather around, that which makes it possible to transmit the virus.

Indonesia’s capital city Jakarta extended the closing period of its public places in the race to contain the growing threat of COVID-19 whose cases in the city reached 1,071 until Saturday. The tourism centers had earlier been closed since from March 23 to April 5.

The Jakarta administration has issued Circular No. 184/SE/2020 on extending the closure period of tourism centers to halt the further spread of COVID-19.

The policy was a follow up to the Jakarta governor’s decision to extend the emergency status of COVID-19, effective from April 3 to April 19, 2020.

“Once again we would like to urge business owners to follow the closure extension policy. After careful consideration, we will also close down four business places that could potentially cause COVID-19 to spread,” Jakarta Tourism and Creative Economy Agency head Cucu Ahmad Kurnia said in a written statement published on the Jakarta administration website.

Four additional types of locations according to her are children’s playgrounds, sports and recreational facilities, barbers and beauty salons and public meeting spots like ballrooms and Meeting, Incentive, Convention and Exhibition (MICE) centers.

Previously, the Jakarta administration announced the temporary closure of city-owned tourist destinations and entertainment venues from March 23 to April 4 to limit the spread of the highly contagious respiratory disease. The locations were originally expected to reopen on April 5.

The inmates discharged are those who have served a minimum of two-thirds of their prison sentence as of December 31, 2020, including underage inmates.

Even though, the released inmates will continue to be monitored and under private guidance from members of the penitentiary. The class IIB Kupang prison is eyeing to grant parole to 40 inmates up to April 7, 2020.

Tanjung Gusta penitentiary in Medan, North Sumatra, released 43 inmates who had served two-thirds of their sentences on Thursday. A total of 143 inmates convicted of lesser crimes will be gradually released over the next week, warden Frans Elias Nico said.

In Jambi province, Jambi Class II A penitentiary released 39 inmates convicted of lesser crimes on Wednesday night. Penitentiary warden Yusran Saad said that 197 of the 1,157 inmates in the correctional facility would be released by April 7.

Gorontalo Class II A penitentiary in Gorontalo has only 80 inmates eligible for parole.

As of Saturday, more than 25,000 inmates in regions across the country had been released, according to data from the Ministry’s Correctional Facilities Directorate General.

Minister Yasonna Laoly said on Wednesday that he planned to release 50,000 inmates eligible for early release.

The prisoners included those convicted on drug charges who had served five to 10 years in prison, inmates convicted of graft charges aged 60 years and above, special crime convicts with chronic disease and foreign prisoners who had served two thirds of their sentences.

Anticorruption activists have criticized Law and Human Rights Minister Yasonna Laoly’s plan to curb COVID-19 transmission in overcrowded prisons by revising correctional regulations and releasing 50,000 inmates early, including graft inmates. Because the release of graft convicts, calling it another blow to the country’s fight against corruption.