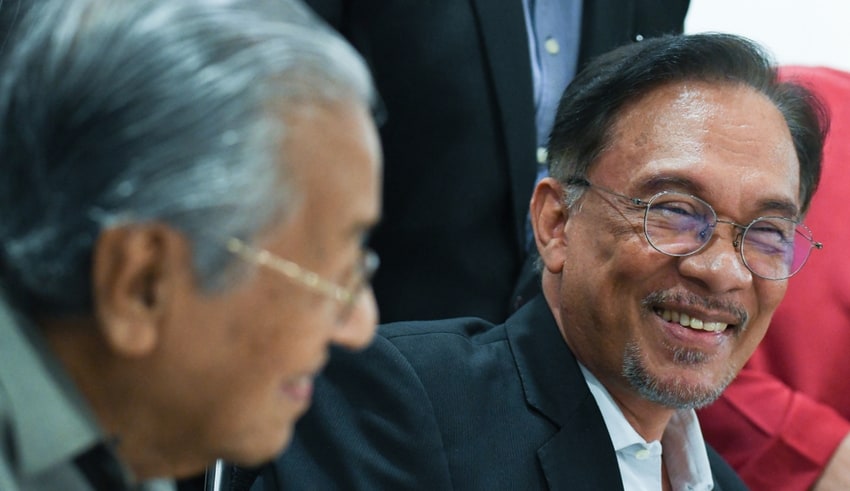 Analysts said that Anwar is now guiding PKR as its president with the group having a stronger electoral foundation.

With both Tun Dr Mahathir Mohamad and Datuk Seri Anwar Ibrahim confident about becoming Pakatan Harapan’s (PH) helmsman and his supporters, some political analysts indicated the latter would be giving way.

Talking to Malay Mail, the analysts said that, contrary to Dr Mahathir who is now heading a contested division of Parti Pribumi Bersatu Malaysia, Anwar is now guiding PKR as its president with the group having a stronger electoral foundation.

This will lead to the self-destruction of Pakatan Harapan and it will destroy Dr. Mahathir and Anwar. It’s a lose-lose case, on both sides, both players, are insistent. Mahathir suspects Anwar; Anwar suspects Mahatir.

Naturally, when PH collapses, it will benefit Perikatan Nasional (PN), and indirectly, politically, they will strengthen Perikatan Nasional. Jeniri also said Dr Mahathir, despite his advanced age, would come to terms with himself instead. Nevertheless, the geostrategist Prof Azmi Hasan acknowledged that PH would not be able to collaborate with both Anwar and Dr Mahathir without a reasonable compromise satisfactory to both people.

Ultimately, PH needs to choose the one with a stronger base of support that Azmi also agrees would make the better choice for Anwar in this regard.

The decision is essentially at the feet of PH and not that of Dr Mahathir or Anwar. When all can not decide to operate together, either Dr. Mahathr or Anwar will be selected by PH, so essentially the choice rests in who will have further help in having the votes.

The unity government’s establishment put to an end 500 days of diplomatic stalemate in Israel, after both parties decided to share control. Netanyahu will remain as prime minister for 18 months in their agreement, before handing over the reins to Gantz for the remainder of the three-year term.

PH and its allies, including the faction of Dr Mahathir, dubbed “PH Plus,” are in a stalemate over their choice of candidate to be prime minister, with PKR claiming that it would accept Anwar only while the rest continue to push Dr Mahathir as an interim compromise.

The DAP and Amanah have tried to convince Anwar and his party to support the offer by suggesting that a signed document would formalize the negotiated transfer and timetable. Anwar also dismissed Dr. Mahathir ‘s recommendation that he lead the prime minister ‘s job for six months before handing over the keys to the president of the PKR.

Anwar said, however, that he was not opposed to Dr. Mahathir’s advisory position, likely in the form of a senior minister or mentor minister as was done in Singapore when Lee Kuan Yew stepped down.

Oh said that pragmatically speaking, Dr. Mahathir is irreplaceable when it comes to swinging conservative rural Malay votes in favor of PH against PN — something Anwar can not do because his strength lies with more liberal urban Malaysia. The dark, hard political conditions on the ground are such that Mahathir can’t be substituted by shifting even a tiny percentage of conservative voters or MPs in favour of PH, which Anwar can’t do.

Dr. Mahathir went on to say that he thought that the third time that he became prime minister could be an inappropriate touch, but noted that others had indicated that he would have value that keeping or breaking.