The Asian Affairs > Latest News > Geo Politics > DAP, Amanah is urging PKR to go back to Consensus on Dr M as PM 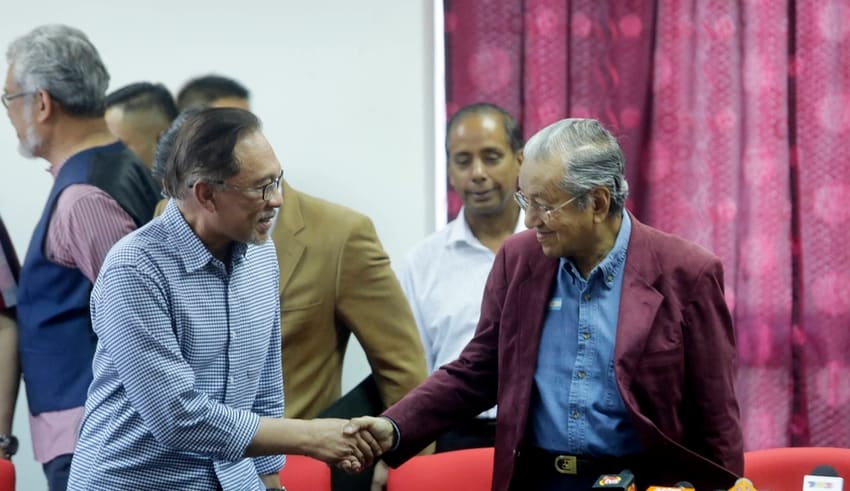 DAP organizing secretary Anthony Loke and Amanah communications director Khalid Abdul Samad stated in a joint statement that Pakatan Harapan (PH) had settled on two options during a meeting on May 30 with the first being Anwar as prime minister, while the second is for Tun Dr Mahathir Mohamad to take over the post. As the options were discussed and approved, it is hoped that PKR would agree with the decision of the PH presidential council chaired by Datuk Seri Anwar Ibrahim himself and accept the second alternative.

Earlier today, the central leadership council of PKR (MPP) today dismissed the suggestion that Dr. Mahathir be named as the candidate for prime minister of Pakatan Plus, saying that he would stick to his president. The party said in a statement signed today by their MPPs and MPs that it remains open to talks with all parties, including Dr Mahathir, and is committed to saving Malaysia and restoring the mandate of the people.

Yesterday, PH Secretary-General Datuk Seri Saifuddin Nasution Ismail announced that, in negotiations with Dr Mahathir’s Bersatu group and Warisan Sabah Front, the Front had never formally named the old statesman as its prime ministerial nominee. Additionally, Saifuddin, who is also PKR Secretary-General, said that, in its seven meetings since May 30, the coalition has been clear in naming Anwar as its key contender to head the “restoration of the People’s Mandate” debate with its allies.

Instead, Saifuddin, who is also PKR Secretary-General, said that in its seven meetings since May 30, the coalition has been consistent in nominating Anwar as its main candidate to lead the restoration of the People’s Mandate discussion with its allies. On Wednesday, Loke stated that both his party and the group Amanah Negara backed Dr. Mahathir as the nominee, with PKR being the only group to decide to do so.

Loke also stated that the DAP had initially agreed to a PH plan for Anwar to be prime minister, with Bersatu Vice President Datuk Seri Mukhriz Mahathir as successor. But the suggestion was rejected by Warisan, which led PH to return to Dr. Mahathir-Anwar’s “fallback” plan.