The Asian Affairs > Latest News > Geo Politics > Dr Mahathir, Aiming for a Third Term as Minister Stated that He Will Teach Anwar the Way 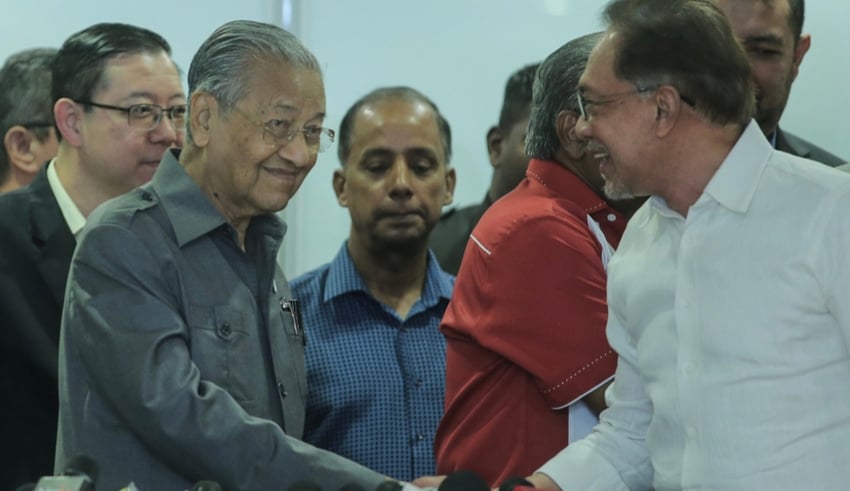 Former two-time prime minister Tun Dr Mahathir Mohamad has set his sights on the presidency for the third time and is confident that he can show anyone who succeeds him how things can be handled and resolved.

In an interview with Malaysiakini, the 94-year-old said he was looking to a half-year term as prime minister if Pakatan Harapan (PH) were to regain power, adding that he intended to fulfill his promise and hand over power to PKR president Datuk Seri Anwar Ibrahim.

He reminded that he will keep his word when the time comes. He added that they  can check his behavior when He was a Prime Minister, and even before that. Highlighting that he never renounced his promise.

Despite skepticism among the PKR members of Dr. Mahathir ‘s promise, he said that he had always kept his end of the bargain, citing his first retirement at the end of 2002 after more than two decades as prime minister.

At that time, Lim Kit Siang said that it would be impossible for me to resign, and that all of this is sandiwara. In fact, he resigned when the time came. Since he never renounced his promises. Show me when I haven’t kept my word, “said Dr. Mahathir.

He said he would still adhere to the original plan to withdraw after the Asia-Pacific Economic Cooperation (Apec) summit scheduled for November in Kuala Lumpur, which he promised several months before Pakatan’s government collapsed in February. Mahatir is confident that he can show his successor how to accomplish the things that must be done as prime minister.

He added that much remains to be done should “Harapan Plus” retake the reins of government, seeing that it must undo the damage caused by the tenure of former Prime Minister Datuk Seri Najib Razak, along with anything that has happened under the current administration of Prime Minister Tan Sri Muhyiddin Yassin.