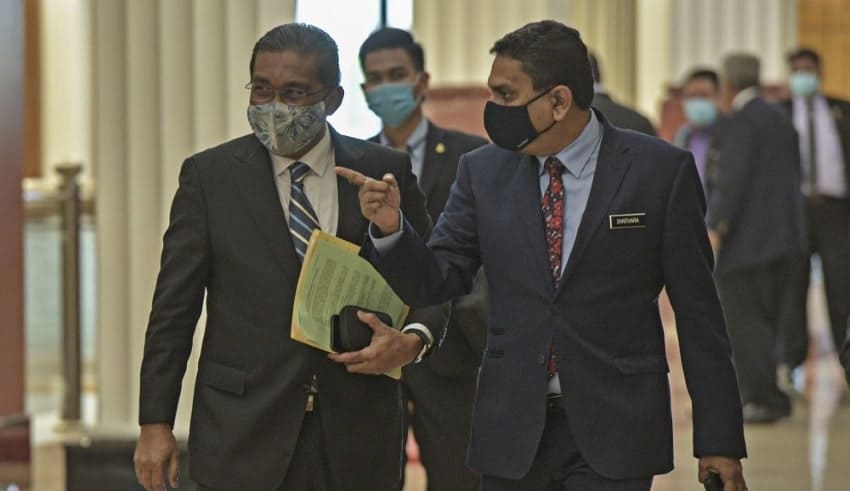 Datuk Takiyuddin Hassan has reiterated that the government does not owe anyone an explanation for withdrawing a bill.
(C) Malay Mail

PETALING JAYA – Minister in the Prime Minister’s Department (Parliament and Law) Datuk Takiyuddin Hassan has reiterated that the government does not owe anyone an explanation for withdrawing a bill.

The minister was referring to the Cabinet’s decision to withdraw a bill that will limit the term of the prime minister to two terms.

Takiyuddin added that the bill was originally proposed by the Pakatan Harapan (PH) coalition headed by Dr Mahathir Mohamad who is also the longest premier to hold the position.

He said that Perikatan Nasional has no intention of setting a term limit to the premiereship position. Takiyuddin said that under Clause 62 of the Dewan Rakyat Standing Orders, said that members in charge of a bill may also request for the bill to be withdrawn.

Takiyuddin said that there’s no mention when the government needs to provide an explanation for withdrawing the bill.

The comments came in after Sim Tze Tzin (PH-Bayan Baru) raised a motion on the matter in the Dewan Rakyat today.

According to the minister, the decision to include the proposed amendment to the Constitution was decided by PH on the first reading by the Prime Minister who was also the premiere for 22 years when he proposed to limit the term to two terms.

Mohd Rashid has requested Sim to submit a letter to the office of the Speaker of the Dewan Rakyat for further review. The proposed amendment to the Constitution seek to replace a clause which provides an additional criterion for a House of Representatives member to be appointed as a Prime Minister.

Nguyễn Quốc Dũng, who is the Vietnamese Deputy Minister of Foreign Affairs has called for …