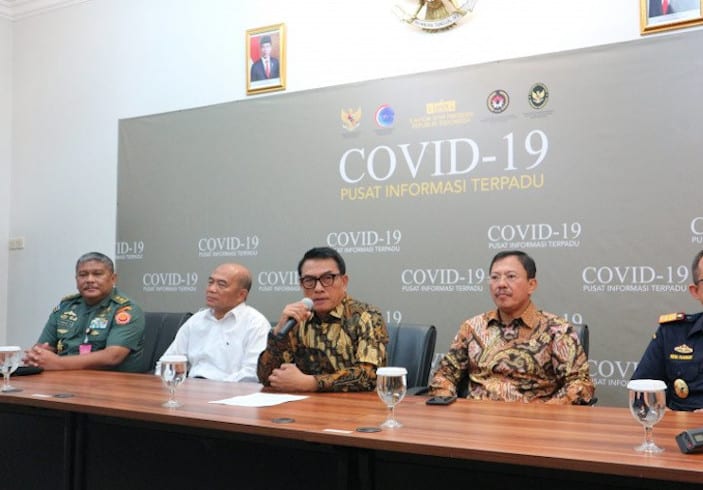 As many 135 entrances which are the traffic of people to enter Indonesia is being monitored tightly to prevent the spread of coronavirus (COVID-19). This was revealed by Health Minister Terawan Agus Putranto.

The government also established cooperation with other countries, having positive cases of COVID-19. One of them, Terawan said the government were working with the ministry and immigration office of Singapore.

He said on Monday after attending a coordination meeting on “Evaluation and Follow Up Plan for Handling of COVID-19”. There were also present Coordinating Minister for Human Development and Culture Muhadjir Effendy, Presidential Chief of Staff Moeldoko, and Director General of Customs and Excise of the Ministry of Finance Heru Pambudi.

As reported earlier, 78 Indonesian citizens are being quarantined on Diamond Princess cruise ship together with some 3,700 passengers and crew, in Japan waters. The ship is home to the highest number of COVID-19 cases outside China. The Government is currently waiting for the results of the PCR (Polymerase Chain Reaction). But so far those 78 crew members from Indonesia are not infected by the virus.

Meanwhile, since the COVID-19 outbreaks, 109 people have been denied entry into Indonesia. The reason of deny was because they had been in China over the last several days. This was informed by Bambang Widodo, the Director of Immigration Residence Permit at the Ministry of Law and Human Rights.

In addition to, there were 36 foreigners from 15 countries, whose visas were refused by the Indonesian immigration.

So far, Indonesia has remained free from coronavirus cases.