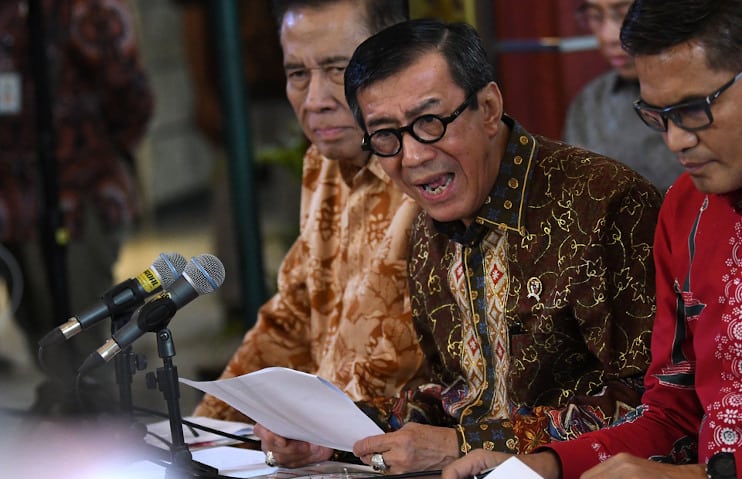 The drafts of omnibus law on job creation was created by including typing mistakes that has been clarified by Minister of Law and Human Rights Yasonna Laoly, considered to be a fatal error. This was said by Secretary General of the Indonesian Federation of Workers’ Union (SERBUK) Khamid Istakhori.

“This shows that on a very crucial and substantial problem (Job Creation Bill), the government is hiding on the pretext of typoes. This (the government) is making up excuses whenever they want,” Khamid said as quoted by Tempo, on Tuesday, February 18, 2020.

Earlier, Yasonna suspected there was an error in writing Article 170 in the draft states that the government can change laws through government regulations (PP).

In the presence of the typing mistakes, Khamid assessed that Yasonna’s statement at least confirmed a number of things, including the drafting of the omnibus law on the Job Creation Bill to have been done very hastily. In this way, the drafts are assessed as being made by allowing technical errors, also very substantial errors.

In addition to, Khamid considered the omnibus law on the Job Creation Bill to be made haphazardly and just for the sake of fulfilling the President’s request. He also spotlighted the pain point of this about the absence of synergy and coordination among the government itself. Because the Coordinating Minister for Politics, Law and Security Affairs Mahfud MD was also not aware of the existence of article 170.

“My biggest suspicion is that there were indeed efforts to smuggle certain articles by individuals in the drafting team of the Omnibus Law on the Job Creation Bill,” Khamid noted.