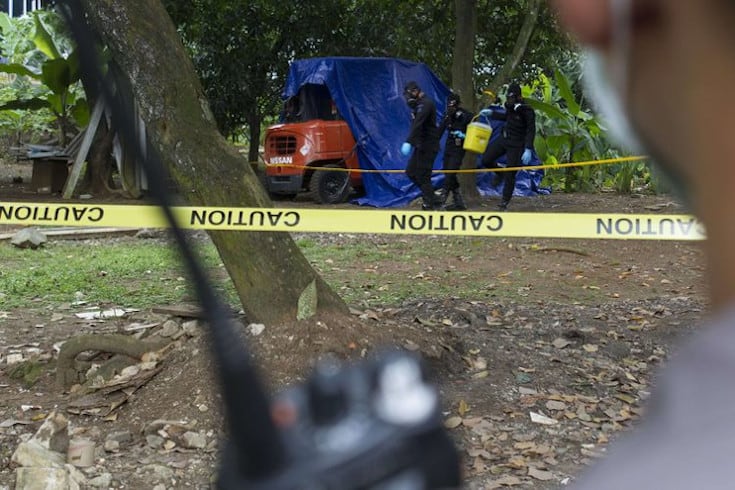 The emergence of radioactive debris in the Batan Indah Serpong Housing area was confirmed by the Head of the National Nuclear Energy Agency (BATAN), Anhar Riza Antariksawan not from leakage of nuclear reactors at the Center for Science and Technology Research (Puspitek).

Anhar explained that Cs-137 is an element in reactor fuel which is only released when there is damage to the fuel. He said if the release occurred, the radiation monitoring system in the reactor building would immediately detect it.

In a brief message (2/17/2020) by the Chairperson of the Indonesian Nuclear Society Association (HIMNI), Susilo Widodo conveyed that radioactive waste originating from the reactor had never been alone.

Chemically Cs-134 is the element most closely associated with Cs-137 and in a long time will be exhausted before Cs-137. Another closest element that is also long-lived is Sr-90.

Susilo explained, although Sr-90 is not a gamma transmitter, but in the BATAN lab, Sr-90 is so easily detected. Even some types of gamma monitoring devices have sensitivity to Sr-90 because it is a powerful beta transmitter.

According to Susilo, it is quite easy for BATAN to distinguish whether Cs-137 originates from a reactor or a non-reactor application.

After the Head of BATAN confirmed that Cs-137 was not from a reactor, Susilo suspected that Cs-137 came from industry not from medical applications. Because the use of Cs-137 in the medical world has long been replaced with Co-60 (LINAC) in radiotherapy.

Indonesia has no institution that produces Cs-137 for industrial purposes, the biggest possibility of radioactive debris is imported goods.

Bapetan has been closely monitoring the flow in and out of radioactive sources from / to Indonesia, so that importers and users who do not lend data to PTLR BATAN after use is complete can be found, because the ability of the source has decreased.

“There is a possibility, the user has intended to hand over to BATAN (must pay PNBP rates), but turns in the middle of the road,” Susilo said.

Susilo hopes that Bapetan can immediately track down the irresponsible waste disposal actors. To see more latest news on indonesia.