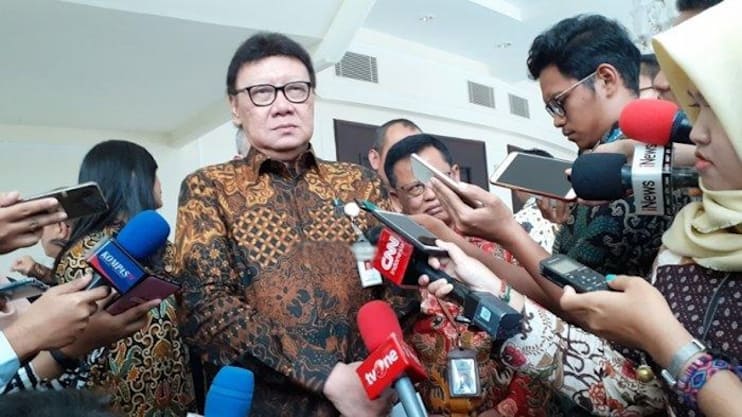 The Minister of Administrative Reform and Bureaucracy Reform (Menpan RB) Tjahjo Kumolo proposed that a State Civil Service (ASN) who would retire receive Rp 1 billion in cash. He said he had talked in detail related to this with the Minister of Finance Sri Mulyani.

“But it also identifies the structure of existing positions and sort out which ones can go into functional positions and which ones do not, up to the work allowances, to increasing salaries, and to providing pension systems,” Tjahjo said at the Bidakara Hotel, Jakarta, Monday (17 / 02).

Still according to Tjahjo, the government does have a program to increase pensions for state employees and TNI-Polri personnel. “I have also asked if ASN retires, if possible, at least Rp. 1 billion,” he said.

On the same occasion, Tjahjo joked that the pension insurance belonging to the TNI and Polri was transferred from PT Asabri (Persero) to PT Taspen (Persero). This cannot be separated from the corruption case that struck Asabri. “If it is permissible, Asabri will just move to Taspen. Nearly 60 percent of the citizens of the TNI and Polri overflow don’t know where to go,” he concluded.

Meanwhile, House of Representatives Commission II questioned the proposal of RB Tjahjo Kumolo Menpan about the ASN pension fund of Rp 1 billion. The origin of the pension fund was also questioned. “My question is, where did the money come from?” Commission II Deputy Chairman Yaqut Cholil Qoumas told reporters on Tuesday (18/2).

Yaqut said his side would ask Tjahjo about the proposal. He was worried that the proposal would cause new problems among ASN. “Later we will ask the MenPAN-RB first, where are the financial sources coming from. Apart from that, with a pension fund of Rp 1 billion, aren’t you worried about civil servants asking for retirement?” said Yaqut. To see more latest news on indonesia.