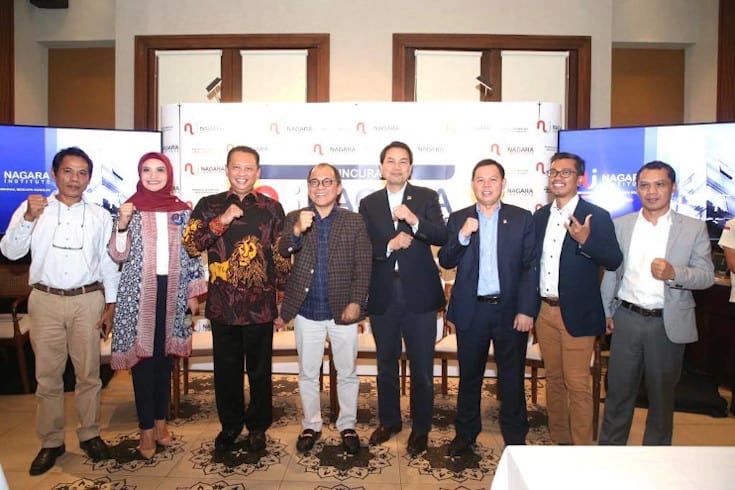 Investors and foreign interests in political parties are considered more dangerous than fears of dynasties and political oligarchy. In fact, for the sake of wanting to establish its influence, investors are willing to spend up to Rp 1 trillion. This was conveyed by MPR Chair Bambang Soesatyo during the launch of the Nagara Institute, Senayan, Jakarta, Monday (17/2).

Furthermore, Bambang aka Bamsoet said, the big financiers or the richest people who often docked to political parties every time before the agenda of leadership succession such as national deliberations (munas), congresses, or conferences.

“I am more worried that it is not an oligarchy, but the control of political parties by capitalists and foreigners. Do we realize that every time the National Assembly, congress, financiers take a peek,” Bamsoet said.

He explained, political parties in Indonesia have a very strategic role in state governance. Thus, the investor is targeting potential candidates or figures in the party to exert influence in the government. So it is natural for investors to target political parties.

“To control Indonesia, there is no need to send submarines, nuclear, but enough to control political parties in Indonesia. Looking at each of them will be predatory, approached, the capital, I’m not sure until, as weak as one trillion, “said the Golkar Waketum.

After providing capital, Bamsoet said the financier would ask for revenge from the party. So do not be surprised if public officials are often driven by the investors’ will. Because not a few capital owners do not stop at political parties, there are those who want more power, especially those concerning the strategic sides of the country and the lives of many people.

“If they enter the political party, they will enter parliament, control the market, and they can regulate who our president, governor and regent are,” Bamsoet said.

According to him, dynastic politics are still more dignified compared to investor intervention. “If I carry my ordinary child, if elected by the people it is normal,” he said.

Akbar Faisal did not specify any figures or mention in detail which party was meant. However, the former member of the House of Representatives Commission III of the Nasdem faction explained that the 50 richest people often move ahead of the implementation of a succession agenda for political party leadership.