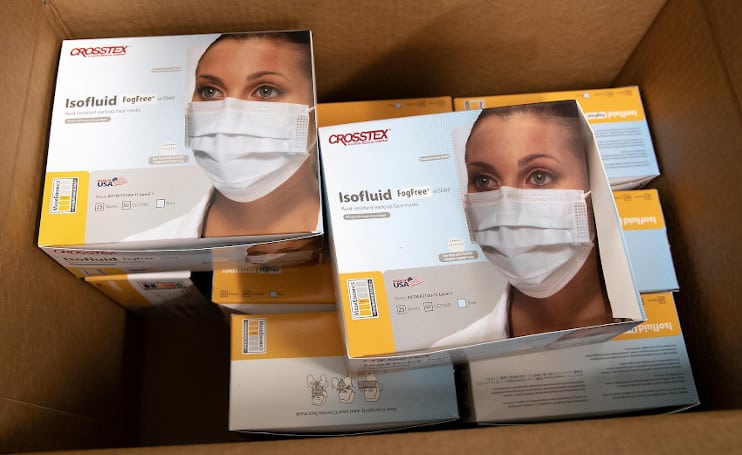 Owing to the lack of face masks and other personal protective equipment (PPE) in hospitals, front-line health workers are themselves constantly at risk of contracting the new coronavirus.

A doctor who talked to the inquirer on condition of anonymity, Jose R. Reyes Memorial Medical Center said staff members had been purchasing their own face masks after supplies ran out. The hospital is located next to the head office of the Department of Health (DOH) in Manila.

Rizal Medical Center (RMC) faces the same condition in the city of Pasig. Nurses used to wear their masks for the entire length of their change, according to a medicine student assigned there. Face-masks are usually replaced every four hours.

A supplier to the Philippine General Hospital (PGH) has failed to deliver the hospital’s 90,000 masks required.

A nurse with whom the inquirer talked always goes to PGH while he has been getting a cold for days.

He’d already gone on leave under usual circumstances — to look after his well-being and raising the risk of infecting his patients. Yet now he and other doctors and nurses — not a few of them feverish too— have no such luxury.

If health employees were to go on leave or be put on suspension, this would have a significant effect on the number of staff.

Quezon City’s Philippine Heart Center (PHC) is curtailing its services because 13 staff members have been identified as “patients under investigation” after being exposed to a dead coronavirus patient.

Compounding the issue is the month-long suspension of classes in Metro Manila, which has forced medical schools to pull out their students— who should have been front-line at the ERs, taking vital signs and other daily procedures.

Without them, Jose Reyes ‘ doctor said such duties would fall on senior physicians who had their hands full themselves.

Under DOH guidelines, with the alert level increased to Red Sublevel 2, there will be an rise in “unaffected communities / regions” medical personnel, as well as uniform personnel. Most cases are in Metro Manila, but cases are also reported in Rizal, Cavite, Bulacan, Pampanga, Negros Oriental and Cagayan de Oro City.

As of now, there is no plan to bring in more health staff to Metro Manila.

A group of nurses, Filipino Nurses United (FNU), said it was not very hopeful, given the small number of health workers across the world, that the government would implement this kind of action.

There are many unemployed nurses [who] are just waiting to get filmed.  FNU president Maristela Abenojar told that if they allocate funds for this, it might be necessary to recruit them.

Regional hospitals are still weakened and lack sufficient stocks of PPEs and other equipment, she pointed out.