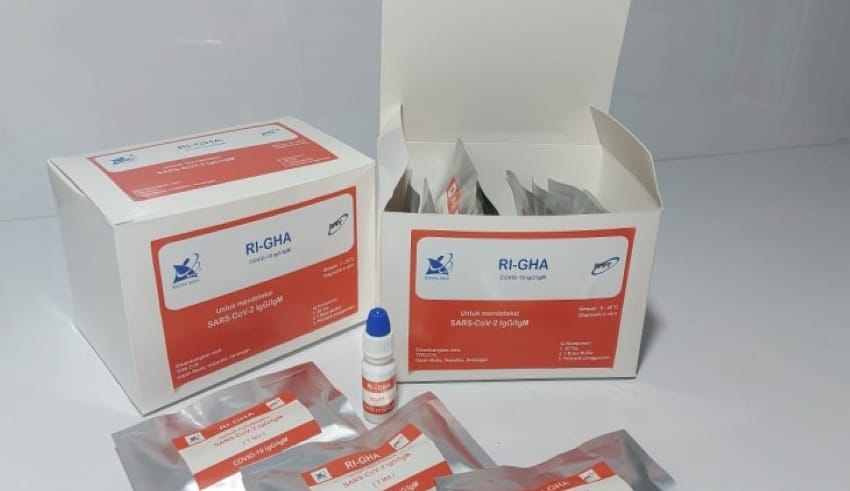 Covid-19 positive patients in Indonesia continue to grow. Based on data from the Covid-19 Handling Task Force, there were 2,657 new positive cases, so that until Thursday (9/7), a total of 70,736 cases was recorded.
(C) Gadjah Mada University

Covid-19 positive patients in Indonesia continue to grow. Based on data from the Covid-19 Handling Task Force, there were 2,657 new positive cases, so that until Thursday (9/7), a total of 70,736 cases was recorded.

In an effort to handle Covid-19 across the country, the government launched a domestic rapid test tool called the RI-GHA Covid-19.

Minister of Research and Technology/Head of the National Research and Innovation Agency (Menristek/Head of BRIN) Bambang P.S Brodjonegoro said this tool was a collaboration with the Agency for Application and Assessment of Technology (BPPT), Gadjah Mada University, Airlangga University, Bandung Institute of Technology, Mataram University, and company PT Hepatika Mataram.

The government targets to produce 200 thousand rapid test tools in July and 400 thousand in August 2020.

“We believe that this rapid test product in the country is able to compete in the market and at lower prices. We must be prepared to compete in price with the same quality. It has to. If not, I am worried that we will continue to be crushed by imported products, “said Coordinating Minister for PMK Muhadjir Effendy in Jakarta, Thursday, July 9.

Muhadjir greatly appreciated the findings of the country’s children in the form of the rapid test tool. The tool is staying able to be a solution for meeting the needs of medical devices that have been very urgent in Indonesia.

The same thing was said by Bambang that said the rapid test is one of the important elements in handling COVID-19. This rapid test tool has been tested for sensitivity (98 percent) and specificity (96 percent) through laboratory tests on Indonesians. This test tool is quite flexible because it is able to detect people without symptoms, people in monitoring, patient under surveillance, and post-infection