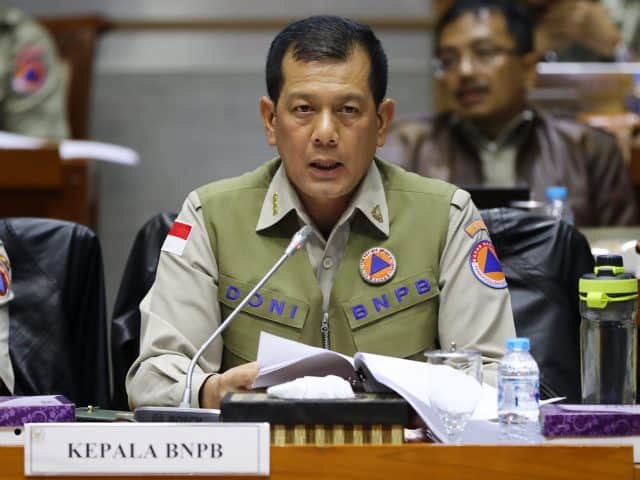 Rapid tests have been being used to recognize people that get infected by the new coronavirus (Covid-19). However, currently the nation’s COVID-19 task force will administer more polymerase chain reaction (PCR) tests, which are believed to be more accurate than rapid tests.

“It turns out that not all rapid tests are effective,” the task force’s head, Doni Monardo, said during a virtual meeting with the House of Representatives on Monday.

In this way, he said, it would get more PCR test units. A PCR test distinguishes whether a person has contracted the novel coronavirus by swabbing the nose and throat, while the rapid test recognizes whether a person has been presented to the infection through a blood test. Doubt also comes from the experts regarding rapid tests, which they claim it has less accurate results than PCR tests.

“Rapid tests usually need to be administered more than once. Some people that test negative via the rapid test have tested positive using the PCR method or vice versa”, said Doni, who also heads the National Disaster Mitigation Agency (BNPB).

He said separately that the government had disbursed Rp 14 billion (US$849,643) to the Jakarta-based Eijkman Institute for Molecular Biology to increase its capacity to conduct PCR testing.

President Joko “Jokowi” Widodo has approached the Health Ministry and the COVID-19 task force to accelerate PCR and rapid testing to obtain clear data on confirmed cases of the novel coronavirus in the country. This will be the effort to verify the exact number of cases, which earlier, discrepancy on number of cases is being questioned by public.

The government is expecting the delivery of PCR test kits from South Korea. Seoul’s LG Corp intends to give 50,000 test units to Indonesia, as indicated by an official statement gave by the Office of the Coordinating Economic Minister on Monday.

Doni said the government had disbursed 500,000 test kits for rapid testing across the country as of Monday.

Jakarta, the national epicentre of the outbreak, has performed the rapid test on 24,015 people across the province as of Monday. Of them, 589 people returned positive results.

He also said to the mass media to help oversee the distribution of protective and medical equipment to hospitals, including those that are not handling coronavirus patients currently.

Because of any patient can be a potential carrier, protective equipment have not only been prioritized for doctors who are at the forefront of COVID-19 treatment efforts, but also other doctors and medical personnel.

There are 15 million people who have registered for telemedicine services, which offer medical consultations based on data from the Minister of Health. They can register using using communication technology such as apps, Doni Monardo revealed. This way would be very helpful as patients can seek treatment and get doctor’s advice online.

A total of 100,000 rapid diagnostic test kits will be produced in the next one or two months by way of Indonesia’s new Covid-19 consortium led with the aid of the Technology Assessment and Application Agency (BPPT), Research and Technology Minister Bambang Brodjonegoro said on Monday.

The minister stated the rapid diagnostic kit works by way of detecting types of antibodies, immunoglobulin M (IgM) and immunoglobulin G (IgG), that appear six days after a viral infection – that might be caused by viruses other than the coronavirus.

Not only that, the consortium, acoording to Bambang, has also been developing another sort of antigen-based non-PCR diagnostic test kit called a rapid diagnostic test microchip. This test kit can detect coronavirus infection after two days. For the production time, it will take four months.

Aside from the non-PCR diagnostic test kit, within less than a month the consortium will also develop a PCR-based mobile test to complement the swab test, the minister said.

“The test kit is similar to the mobile biosafety level-2 laboratory [BSL 2]. It will complement the swab test in places where they have no BSL 2 laboratory,” he said.

Furthermore, this innovation is expected will help and can be rolled out in many regions.

According to Bambang, the portable ventilator has been tested by doctors. This ventilator will also be tested by the Health Ministry and hospitals before it is going to be produced.