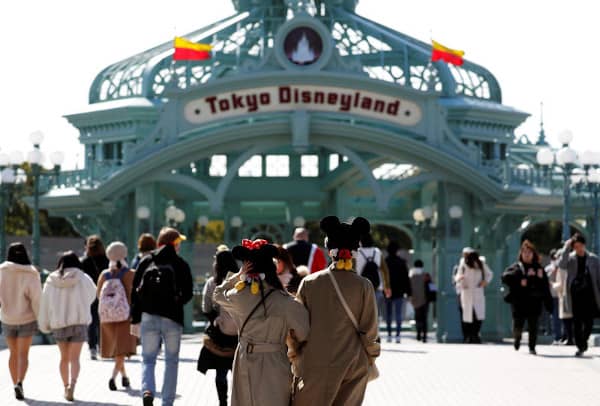 A coronavirus outbreak has weighed on the transport and tourism sectors in Japan, including bullet trains, with fears about infection making people reluctant to venture outdoors or share confined spaces with others for long hours.

The number of passengers between Feb 1 and 19 of the Shinkansen Line connecting Tokyo and Osaka fell 8% from a year earlier, its operator Central Japan Railway Co said, adding that of those who used other express trains plunged 15%. The pace of decline was the almost same level as was in May 2011, when the nation’s economy faced a downturn in the aftermath of the earthquake, tsunami and nuclear catastrophe that March in northeastern Japan.

On Thursday, Japanese Prime Minister Shinzo Abe abruptly asked all elementary, junior high and high schools in the country to close from Monday until the end of a spring break through early April. Abe’s government has also called on organisers of big sport and cultural events due to take place over the next two weeks to consider canceling or postponing them during what is seen as a critical time for Japan to stem a rise in new coronavirus infections.

As many Japanese firms have started to urge their employees to work from home and minimise contact with others, the tourism and entertainment industries are set to suffer further losses, analysts say. Revenues of department stores and hotels operated by the group companies of JR Central have decreased, especially as foreigners have become unwilling to visit Japan amid the spread of the virus that originated late last year in the central Chinese city of Wuhan.

Meanwhile, the new coronavirus, which causes the disease officially known as Covid-19, has dealt a crushing blow to the tourism sector across Japan, as all group travel from China to other nations have been banned since late last month.

Tokyo Shoko Research said Tuesday that a long-established hot spring inn in the central Japan prefecture of Aichi has been gone bankrupt, with cancelations from Chinese people worsening cash flow.

Land, Infrastructure, Transport and Tourism Minister Kazuyoshi Akaba said at a news conference on Friday that the Abe administration will step up measures to support companies stricken by the virus spread. Japan’s economy, the third biggest in the world, shrank an annualised real 6.3% in the October-December quarter, its sharpest slide in more than five years, against a backdrop of a 2-percentage-point consumption tax hike and a devastating typhoon.