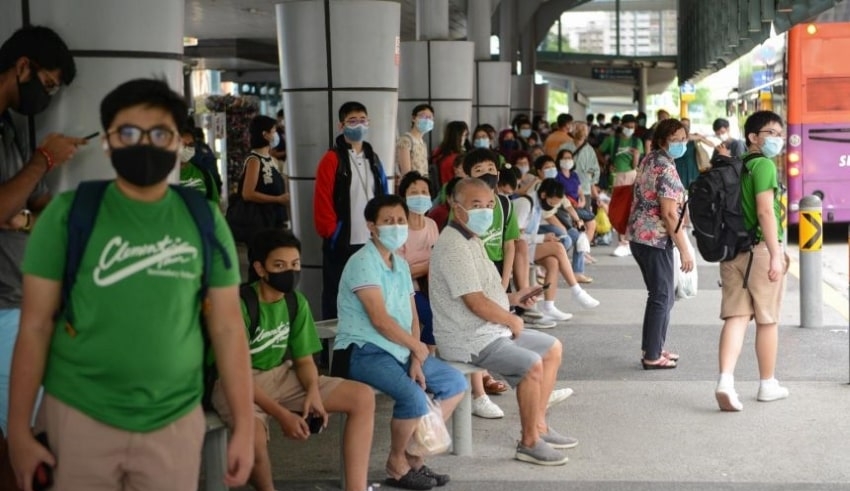 SINGAPORE – Compared to 2019, fewer commuters were pleased with Singapore’s public transport last year, including those who said they were happy to offer a higher score to public transport here.

Nevertheless, the vast majority of Singaporeans – 97.6% – did not have too many reservations about trains and buses in Singapore, and three out of four of those services had improved over the previous year.

According to the annual customer satisfaction survey of public transport carried out by the Public Transport Committee, this is (PTC). The survey aims to better understand the needs of commuters and identify areas for enhancement.

In the results released on Tuesday (Feb 2), despite the unprecedented circumstances caused by the coronavirus, the PTC said the satisfaction levels reported last year were consistent with the trend developed in the previous four years.

For example, people who were pleased by the deployment of public transport staff and ambassadors to support commuters at MRT stations were compensated for some frustration over reduced bus services to meet lower commuter demand.

Overall, public transport was given an average score of 7.8 by respondents here – the same as in 2019.

“Commuters continued to be satisfied with public transport in 2020… even though the proportion of commuters who gave a score of six and above dipped from 99.4 per cent in 2019 to 97.6 per cent in 2020,” the PTC said.

Those who gave a score of six and above were considered to be pleased with public transport in Singapore.

The 4,110 respondents were asked to rate MRT trains and buses on a scale of one to 10 across eight categories.

The respondents had to rate the significance of each attribute to them, and their ratings were then weighted accordingly to give their overall satisfaction score for each one.

Between early October and late November last year, the survey was conducted. Participants checked QR codes found on advertising materials located at transport nodes, such as MRT stations and bus stops, to participate. The results showed that the satisfaction score was marginally higher for MRT trains than for buses, and that the biggest increase was in the safety and protection component of MRT services, which grew from 7.7 last year to 8.3 last year in 2019.