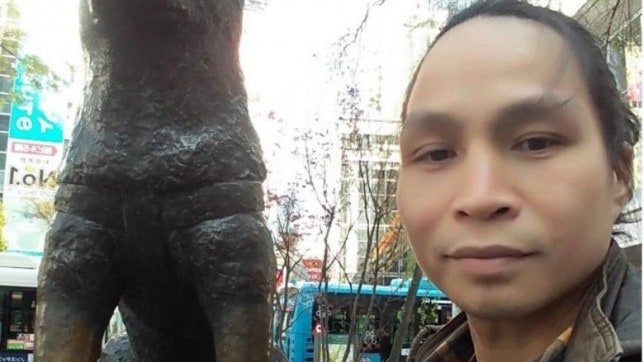 KOTA KINABALU – A story of a Malaysian Man walking three days from Kota Kinabalu to his hometown of Kota Marudu (70km distance) with a dog is getting the attention of the netizens.

Alixson Mangundok, 34, came back from Japan last March 25. Fearing he might be infected and carrying the virus, he chose to walk and avoid any public transportation back to his home town.

“After arriving at the Kota Kinabalu International Airport, I was screened and although I was cleared by the health officials and did not show any symptoms of the virus, I was still asked to go to the Queen Elizabeth Hospital for a more thorough screening,” he said.

However the hospital advised him to do self-quarantine at home and he was not required to check into the state-provided quarantine centres while waiting for the results.

“To avoid any risk to anyone, I decided to walk all the way to Kota Marudu since I am used to walking for kilometers from my time hunting and farming,” he added.

Mangundok ate lunch and bought two bottled water from the hospital to start his journey. He allowed a dog to accompany him and eventually named him Hachiko (after the reknowned Japanese Dog).

Mangundok stopped by sundry shops for water and bought cans of sardines for the dog and on the morning of March 28, halfway to Kota Marudu, Mangundok saw his brother driving and waved at him.

“He waved back but did not recognise me as I was shielding my face from the sun, and I had a dog with me, so he just drove off,” Mangundok eventually reached Kota Marudu but instead of going straight to their house, he went on a small hut on the farm until the hospital gives him the confirmation that he is negative of the Covid-19 virus.