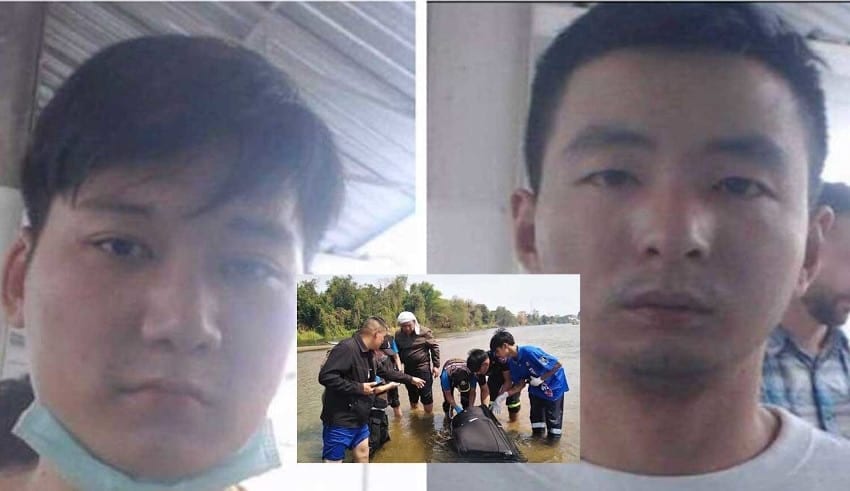 Relatives of a Chinese man whose body was found in a suitcase pulled from the Ping River have demanded the death penalty for his killers, after two of the four hunted suspects were caught in Myanmar. The body of Wang Jun, 30, a Chinese national, was cremated at Wat Bo Samsen in tambon Nong Pling of Muang district of Kamphaeng Phet on Wednesday.

Watchanon Thanachotchayapha, a legal adviser for the family, said relatives would take the victim’s  bones and ashes to China for religious rites in his hometown. They were expected to return there on Thursday. Wang’s parents were deeply saddened by the loss of their only son, Mr Watchanon said.

He quoted the family as saying that Wang Jun had arrived to Thailand to work, but they did not know what type of job he did as he travelled to many countries. They were shocked to learn of his murder.  All relatives insisted they had never seen the suspects before. Their faces were unfamiliar. They wanted police to bring them all to justice and that they face the death penalty, the lawyer said.  “Unofficial autopsy results show that death was caused by suffocation with traces of being hit by a hard object found in his occipital bone,’’ said Mr Watchanon. The suspects were identified as Xiao Xiang Yu, Hu Zheng Xiong, Fan Gang Gang and Qin Miao. Police believe they fled to Myanmar.

In Tak, deputy national police chief Pol Gen Suchart Theerasawat met senior provincial and regional police   on Wednesday to follow up the investigation and coordinate with Myanmar police in the handing over of  two suspects who were caught there. A source said Myanmar police arrested Fan Gang Gang and Qin Miao at Insein pier in Rangoon. They also arrested a Myanmar woman, Aung Hlaing Win, who was with them. Seized from them were a rental car, two fake Myanmar ID cards and 232,000 kyat (about US$164 at the official rate). The two other suspects remained at large.