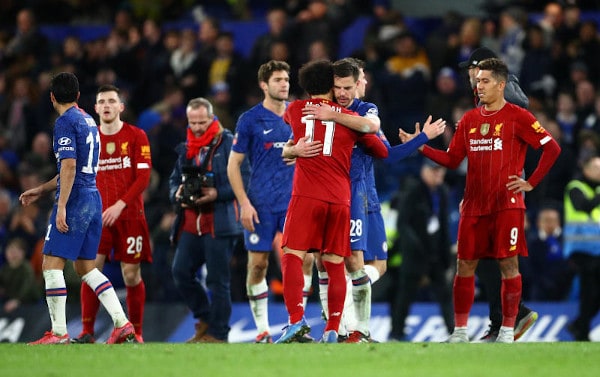 Vibrant Chelsea made it a torrid few days for Liverpool as goals by Willian and Ross Barkley sealed a 2-0 victory to send them through to the FA Cup quarter-finals on Tuesday.

Liverpool’s 44-match unbeaten streak in the Premier League ended in stunning fashion with a 3-0 defeat at Watford on Saturday and they were rocked again at Stamford Bridge. To complete a miserable night for Liverpool, former Everton midfielder Barkley drove home Chelsea’s second goal just past the hour mark after a surging run. Eight-time winners Chelsea thoroughly deserved their win and manager Frank Lampard will take heart from the fact that on the last two occasions they have beaten Liverpool in the Cup they have gone on to lift the trophy.

After having their dream of an unbeaten season wrecked at Watford, Liverpool’s manager Juergen Klopp made seven changes but still started with Virgil van Dijk, Sadio Mane, Joe Gomez, Andy Robertson and Fabinho — a far cry from the previous round at Shrewsbury when he fielded a virtual under-21 side. It was clear from the start that Klopp wanted an immediate response to the Watford shocker, and he almost got it with Mane failing to capitalise on a golden early chance. A frenetic opening saw Adrian make a stunning save from Willian but seconds later he went from hero to villain.

For Liverpool, a season of utter dominance which will almost certainly deliver a first league title for 30 years, has suddenly hit the buffers. They have been beaten three times in four games in all competitions having also lost to Atletico Madrid in the first leg of their Champions League, last-16 tie. “We deserved to lose because they scored twice and we made massive mistakes for both goals,” Klopp said.