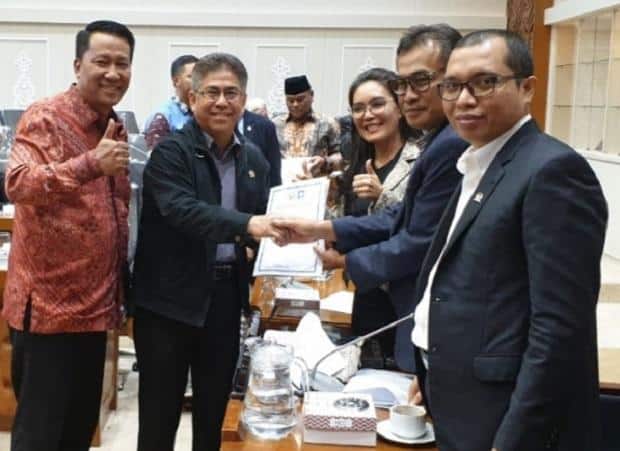 Zainuddin Maliki as a member of the PAN faction said, “Therefore, the PAN faction approved the change in the conception of the ASN Bill to be followed up to the second discussion in accordance with applicable laws and regulations”. It was said when he presenting the faction’s mini views on the results of harmonizing, rounding off, and strengthening the conception of the ASN Bill in the plenary session of the Legislative Assembly of the Republic of Indonesia House of Representatives in the Parliament Complex, Jakarta, Wednesday (19/2).

In its explanation, the status of honorary staff has been hanging for quite a while. Hundreds of thousands of honorary staff, permanent and non-permanent employees who do service to the state have not yet received a good settlement. Their hopes of being appointed as civil servants have not been fulfilled.

“The classic reason that has always surfaced is that there is no legal umbrella that can be used as the basis for appointing honorary civil servants,” said the former Chancellor of the University of Muhammadiyah Surabaya.

So far, the ASN Law only classifies two government employees, namely civil servant (PNS) and Government Employees with a Work Agreement. “For this reason, the PAN faction strongly supports the presence of this revision of the ASN Law,” he stressed.

The PAN faction is of the view that the DPR and the government must jointly attend and support bureaucratic reform by managing its human resources. Completion of staffing problems becomes a necessity.

The revision of the ASN Law is expected to be able to deal comprehensively with various deficiencies as well as to harmonize the current ASN Law.