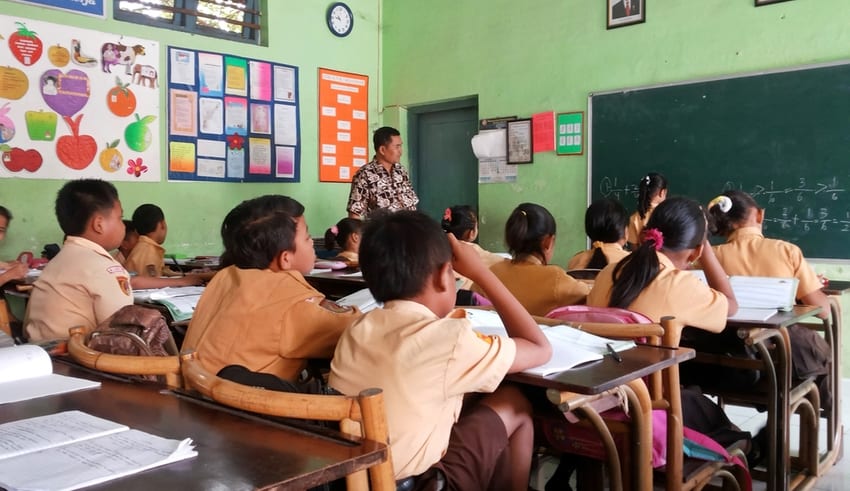 Schools become one of the facilities that must be closed because of the coronavirus pandemic.

Acting Deputy for Task IV of the Presidential Staff Office for Political Communication Jury Ardiantoro emphasized that the decision to open a school in the center of the corona was in the hands of President Joko “Jokowi” Widodo.

“The president will decide based on input from various parties,” he said as quoted by CNNIndonesia.com, Saturday, May 9.

According to him, Jokowi decided after confirming and getting input from related parties.

“Mainly [input from] the co-19 task force chairman, Coordinating Minister for PMK, Minister of Health, Minister of Education and Culture and other competent parties,” Jury explained.

Previously, the Ministry of Education and Culture planned to reopen schools in July.

Acting Directorate General of Early Childhood Education, Primary and Secondary Education (PAUD Dikdasmen) Hamid Muhammad said the opening of schools was only prioritized for areas that had been declared free from the spread of the coronavirus.

“The possibility is still being explored, especially for areas that have been declared safe from Covid-19 by the health authorities,” Hamid said as quoted by Tribunnews.com, Saturday, May 9.

Regarding the area where the school will be opened first, Hamid has not been able to disclose.

According to Hamid, his party is currently still waiting for a recommendation from the Ministry of Health and the Covid-19 Task Force for the Acceleration of Handling regarding areas that have been free of the corona.

As is known, currently schools that implement learning from home about 97.6 percent.

While the rest did not implement study from home because they did not have supporting devices.

Approximately 2.4 percent who do not carry out learning from home are schools located in special rural areas, not Covid-19 infected areas.