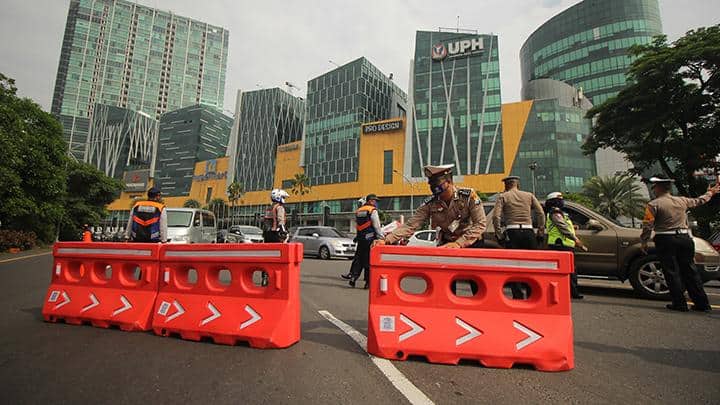 In the midst of the coronavirus (Covid-19) pandemic, regional leaders are trying to overcome the effects including the handling of patients infected with the virus in their area. Even so, it appeared a polemic over facilities for handling Covid-19 between regions and provinces. The Mayor of Surabaya, East Java, Tri Rismaharini or Risma was furious because a Polymerase Chain Reaction (PCR) car from the National Disaster Management Agency (BNPB) was taken to another city.

She deplored the two PCR laboratory cars that were supposed to be seconded specifically for the city of Surabaya but were diverted to other areas by the East Java COVID-19 Task Force. Even though Risma claimed that she herself submitted the request to the Chair of the 19th COVID Handling Acceleration Task Force Doni Monardo.

Risma had shown her communication with BNPB Chair Doni Monardo via WhatsApp. In the conversation, Risma asked Doni that if there was a fast lab device, it would be sent to Surabaya because the laboratory had swab 1,000 people but the results were not optimal even though it had been three weeks.

The PCR car, according to Risma, was needed because she wanted to know the results immediately so that positive patients could be quarantined to break the Covid-19 chain.

The positive case of Covid-19 in Surabaya City still experienced a significant increase in the past week.

“This car assistance is for East Java Province. We explain the chronology. Initially the East Java Provincial Task Force was written on May 11, 2020 to the National Task Force. Our request was in the form of requests for support for speeding up the diagnosis of COVID-19. We submitted a 15-unit PCR lab car,” said Suban at the Grahadi State Building, Surabaya, Friday, May 29.

Suban explained, besides himself, Military Commander (Pangdam) V Brawijaya also asked for the same thing. In order to immediately get the help of a PCR lab car in East Java.

According to Suban, that the first coming PCR lab car immediately operated at RSUA and worked on 200 samples. In addition, the car also operates at the Hajj Dormitory Hospital to work on 100 samples.

He asserted, the PCR lab car was not only for Surabaya but also for other regions. As in the BNPB letter written including Sidoarjo and Lumajang. He said the PCR lab car should travel to areas in need.

On the other hand, the Chairman of the East Java Covid-19 Handling Task Force Curative Task Force Dr. Joni Wahyuhadi said this happened because of a misunderstanding.

“We have negotiated everything at night, where is the car going to be sent. It turns out that identification in Sidoarjo has been waiting a long time so we send it to Sidoarjo all day there, the second day the car has two standby at the emergency hospital, earlier in the afternoon we had coordinated, discussed there are so many who ask. Then Tulungagung and Lamongan are also many, “he said, Friday, May 29.

When it asked about the price of the PCR car, Reni said that her office had asked the Surabaya Mayor Tri Rismaharini at a plenary meeting at the Surabaya DPRD on May 28, which was answered that the price was around Rp 10 billion.

This was revealed by the Head of the National Police Security Maintenance Agency (Kabaharkam) Commissioner General Agus Andrianto when checking the installations in Bhayangkara Hospital, East Java Regional Police. Agus said that his party also saw what equipment was needed by the hospital in handling COVID-19 in East Java.