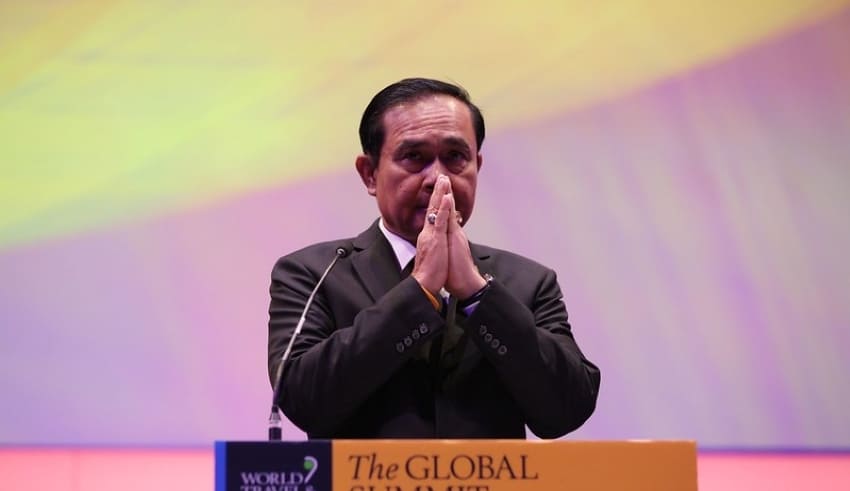 The sudden resignations of key economic ministers in the Palang Pracharath Party (PPRP) are a signal of Prime Minister Prayut Chan-o-cha 's dwindling negotiating power in the ruling coalition, which may prevent him from making his way into the upcoming cabinet reshuffle, one observer says.
(C) Flickr, World Travel & Tourism

The sudden resignations of key economic ministers in the Palang Pracharath Party (PPRP) are a signal of Prime Minister Prayut Chan-o-cha ‘s dwindling negotiating power in the ruling coalition, which may prevent him from making his way into the upcoming cabinet reshuffle, one observer says.

Somjai Phagaphasvivat, a political scientist at Thammasat University, said the latest developments showed the PPRP ‘s inability to monitor the government’s management of the economy and that Gen Prayut will find it impossible to force outsiders into the current cabinet line-up.

Departures of the ministers preceded their official departure from the PPRP last week, a development that was generally expected after a shift of party leadership late last month when Deputy Prime Minister Prawit Wongsuwon succeeded Mr Uttama as the head of the PPRP.

Mr Somjai said the four men had stepped down under pressure from party factions who backed Gen Prawit as the new leader and demanded that they give up their cabinet posts so that after they left, they could be filled by others.

According to Mr Somjai, these cabinet seats are thought to have been the quota of the prime minister, so the fact that the trio surrendered them showed that Gen Prayut was losing his bargaining power.

However, he said if the PPRP failed to produce candidates with strong economic expertise to compete with those candidates preferred by the Premier, Gen Prayut could get his way in the upcoming cabinet reshuffle.

Among these are the former president and chief executive of Siam Cement Group (SCG), Kan Trakulhoon, chairman of the Thai Bankers’ Association Preedee Daochai and former CEO and chairman of the PTT oil and gas firm, Pailin Chuchottaworn.

Mr Kan is tipped to fill the Finance portfolio seat left vacant by Mr Somkid and Mr Preedee. Mr Palin, who acted as Deputy Minister of Transport in the Military Administration, is known to be in favour of being Energy Minister, and other party members, including Industry Minister Suriya Jungrungreangkit, have already reportedly sought.

Stitorn Thananithichote, of the King Prajadhipok Institute ‘s Office of Technology for Democracy, said that while such politicians were well established in their own fields, they are “nobodies” to the general public.

He said their successes were more due to the organizations they worked for and had nothing to do with personal achievement, so the prime minister might have difficulty pushing for their nominations.

Mr Stitorn also said that while Mr Uttama ‘s group was down they might not be out and would probably be back and teaming up again with Gen Prayut when the time is right. On the other hand, Jade Donavanik, a legal analyst and former Constitution Drafting Committee advisor, said it will take a while before Mr Uttama ‘s party would make a political return since the organization has little political power.